We must unwrap neglected frames of history 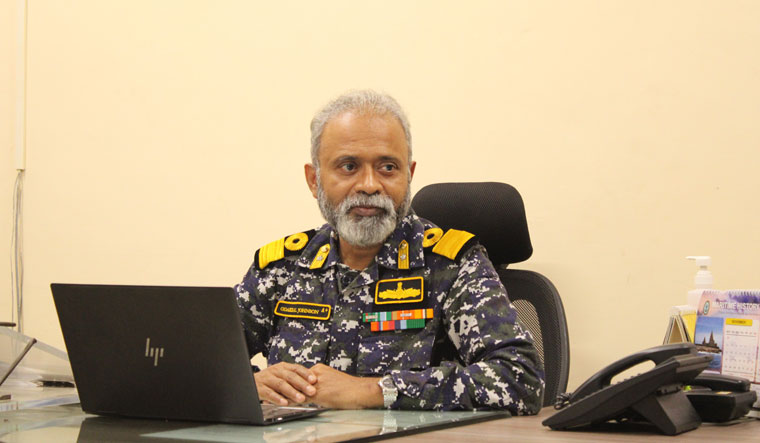 The Maritime History Society, under the Indian Navy, has spent 42 years navigating a vast sea of historical data to create a better understanding of the oceans. It is not restricted to the military aspects of the ocean, but delves deep into the ‘spirit of the sea’ to map the intangible traditions of coastal communities and to create maritime consciousness. Excerpts from an interview with MHS director Commodore O. Johnson:

There seems to be a slow awakening to India’s maritime past. Why do you think this is happening now?

There has been a growing maritime consciousness. If you look at this past century, Indians have proved their nautical skills by taking part in international theatres as part of the Royal Indian Marine. But over the past decade or so, there has been a larger [awakening] to maritime matters among a wider audience, more effort in academic attention and a very welcome emphasis in governance initiatives.

Today, the global perspective is driven by maritime geopolitics. The recently completed Malabar Exercise (trilateral naval exercise involving India, the US and Japan) is itself a revelation of a maritime construct across the Indo-Pacific. Therefore, the awakening is not new. The scale and scope [of maritime matters] has reached people far away from the coast.

There is a belief that there has been a landlocked view of Indian history. Historians believe this should be relooked at. Would you agree?

I do agree to a point that history provides a landlocked context of the past. In school textbooks of the 1960s or 1970s, the dominant narrative has a terrestrial bias. But they also provide us an idea of river-valley civilisational origins.

We have neglected the abundant accounts of coastal tradition, literature, sea sagas and epigraphic and cultural evidence of ocean-going knowledge along the Indian coastline.

Popular writings of history did focus on the long period of the Delhi Sultanate in its many avatars. That is not the full history of India. I do not think we need to rewrite history. Like faithful archaeological explorers, we can and must unwrap previously neglected frames of history. In any historiography, there have to be accounts across the spectrum and perspectives from the conquered as well as the conquerors, from the prominent as well as the subaltern.

What role does the Navy have to play in this? How does mapping this history help the armed forces?

Geopolitics is a continually evolving realm that provides better understanding when put in the context of historical trajectory. History, and in particular maritime history, is not a unidimensional field of study. The sea is multi-dimensional and needs a range of frames of examination, from politics to law to culture to communities to economics and many more. In such a pluralistic theatre of operation, it is crucial for the armed forces and especially a naval person to be well-informed and guided by what has gone before. In the Indian Ocean region, trans-oceanic passages have spanned a few millennia. The context of culture, commerce and connectivity, along with contestations and conflict, must be studied and directed to the enunciation of what lies ahead as national strategy or even geo-strategy.

What is the biggest hurdle you find in reconstructing the past?

Indian tradition in nautical matters depended on a largely oral tradition and at best epigraphic evidence. The challenge is a lack of clear continuity of a singular form of narrative. The answer lies in skilfully weaving a narrative from a jigsaw puzzle approach, including assumptions and extrapolations.

A classic example is the ongoing MHS work on Malam-ni-Pothis, the pre-modern Kutch navigation diaries. The data is clearly over a few millennia old. But the record is of a little over 250-years vintage. That means you have to piece together the whole, accurately keeping in mind the disparity between when the knowledge was passed down and when it was recorded. 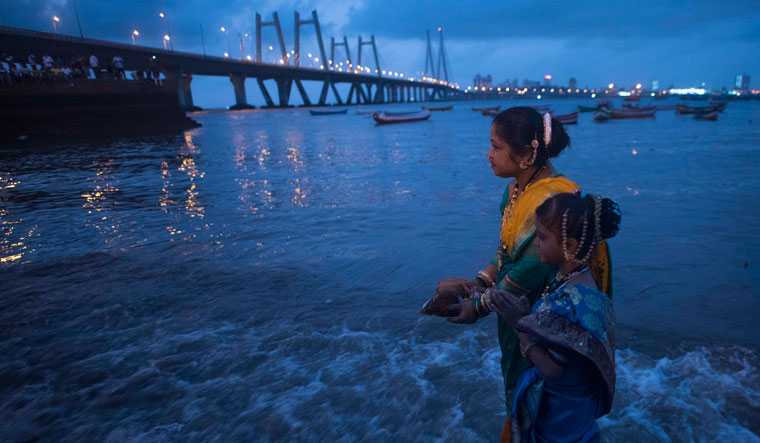 China has carefully kept records and has used them to make claims on territory. Is our recording of our past just a counter-narrative?

It may be popular to present a contest of the dragon and the elephant with the mythical dragon spouting fire and fury, while the elephant moves with a slow gait. Well, the mythical dragon has not been seen, apart from a few species that carry an adapted name, while the elephant is stately and majestic. Indian historical narrative is strong. It is also supplemented with other accounts such as Periplus of the Erythraean Sea and many other pilgrim accounts. Accounts from other nations in the Indo-Pacific bolster the Indian maritime and community linkages. Two examples are the story of Kaundinya and the Pallava King Nandivarman II, which explain the Indian connection to Cambodia.

Indian history, and in particular maritime history, is well-established across the Indo-Pacific. It does not have to counter any other account. Chinese maritime history, books like 1421 and 1434 by Gavin Menzies, are clearly commissioned works to transform fiction into history. The Indian Ocean history was always a confluence in the Indian tradition of Vasudhaiva Kutumbakam (the world is one family).

Who was the first Indian to travel abroad?

There is a challenge. There is evidence of a strong maritime tradition, but we do not come across names. Interestingly, on the island of Socotra, there is pictorial evidence of what can be called a medieval era graffiti! The seafarers left their etched symbology of the caves on the island they called ‘Sukh Dhara’, probably due to a spring of freshwater there.

Ancient seafarers used nautical skill and a blend of celestial and astronomical data. There is a strong navigational skill. Cultural practices such as ‘Boita Bandana’ (an Odia ceremony of sanctifying boats) and ‘Narali Purnima’ (a Maharashtrian celebration involving coconuts and a full-moon night) indicate awareness of weather- and monsoon-guided commencement of sea voyages.

The research suggests that the first navigators undertook coastal sea voyages from Kutch to the Arabian Gulf, and a little later from across the Bay of Bengal. They ventured farther as they learnt to harness the monsoon. Unfortunately, we have not come across a name so far.