Our worldview is Delhi-based 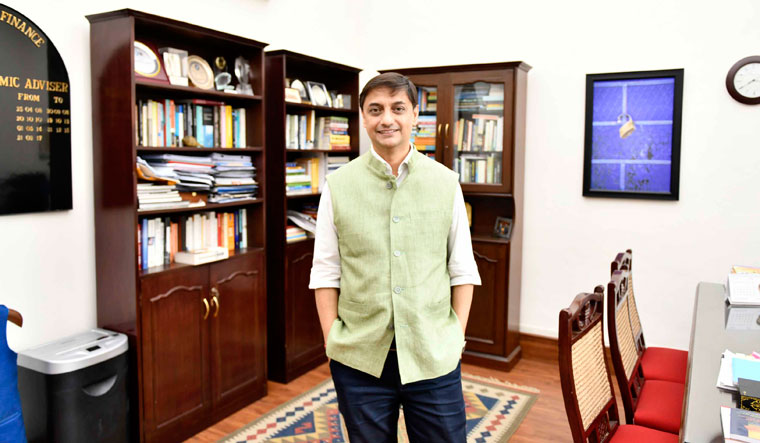 From his landlocked North Block office at the finance ministry, Principal Economic Adviser Sanjeev Sanyal has a 360 degree view of the sea. He has spent most of his life in cities shaped by the sea, and is convinced that India’s future will be shaped by turning the map around. His book The Ocean of Churn: How the Indian Ocean Shaped Human History brings alive the past through the stories of the sea, and was this year adapted for children as The Incredible History of the Indian Ocean by Puffin. Excerpts from an interview:

Why does the ocean not feature in the mainstream narrative?

If you look into Indian history and dig even superficially, you quickly find that the ocean has a disproportionate role in it. We are the only country that has an ocean named after us. There is an enormous influence of the ocean on India. If you look at any country in the Indian Ocean region, you will see the enormous influence India has…. Indonesia names itself after India; [its] currency is the rupiah, [its] national symbol Vishnu’s Garuda. Similarly, there is Sinhapura (Singapore), the ‘Lion City’. You can see [India’s influence] in Oman, East Africa.

The problem is that we have ended up [looking at] the world [through] a lens that is very much Delhi-based. Our strategic thinking happens in Delhi, our history books are written in Delhi.

The way we view the world is based out of a landlocked world. The result is that when we think of the world, we think of Pakistan and China as being our most important neighbours, which is a very terrestrial worldview. But if you take a maritime worldview, then our neighbours are Oman, Indonesia, Sri Lanka, Singapore, Kenya and even Australia. In this view, the world goes from being threatening, to-be-defended against, to one where there is a long history of interaction and exchanges. This is an important part of our [mind-set], which needs to be changed. This has to happen, first and foremost, by changing our history books.

You say that in maritime history, there has been more peaceful interaction than threats.

The seas have not always been benign. The last round of conquests came from the East India Company, which came from the ocean. But it is a more complex history of give and take. There have been times, like under the Cholas, where we have struck against others. It is a different history in many ways.

Secondly, it (the ocean) opens out a different space for manoeuvring, which we do not have. When you take a geostrategic view of the Indian Ocean, you understand that the Andaman and Nicobar Islands are extremely important not only in terms of our historic links with Southeast Asia, but also strategically, in the Malacca Straits.

Are we looking at the sea to balance out our tensions on land? Especially at this moment?

I do not think it is a short-term tactical issue. Maybe at this point in history, the sea has a significant resonance. But our geographical fact has not changed. Many things have come together. Some of it was built over time. We have a fairly newer outreach to the Arabian Peninsula, which is completely different. We have been dealing with the Arabs, particularly [present-day] Oman, Bahrain and the UAE, from the Bronze Age. As recently as the 1960s, they used the Indian rupee as their own currency. The transition to their own currency was largely done with our encouragement. It may be a coincidence that it suits our current geostrategic environment. It might also suit the thinking of our current prime minister, who happens to come from a coastal state.

Why is there a certain awakening to India’s maritime past at this moment?

The fact that we had been colonised by a sea power somehow [led to] that idea of having a fear of the ocean. An older idea of atmanirbharta (self-reliance), which [entailed] import substitution, is derived directly from the fear of the EIC. The idea of atmanirbharta today [is about] participating in global supply chains. We think of it as encouraging FDI, we think of it as resilience instead of [being] afraid of a global takeover. It was part of the milieu of the 1950s and 1960s, where we did not feel confident in engaging. The sea was a metaphor for a dangerous, uncertain world.

Over time we have had better appreciation of our history. As we engage with the rest of the country, we [realise we] were for a long time part of the global supply chain. 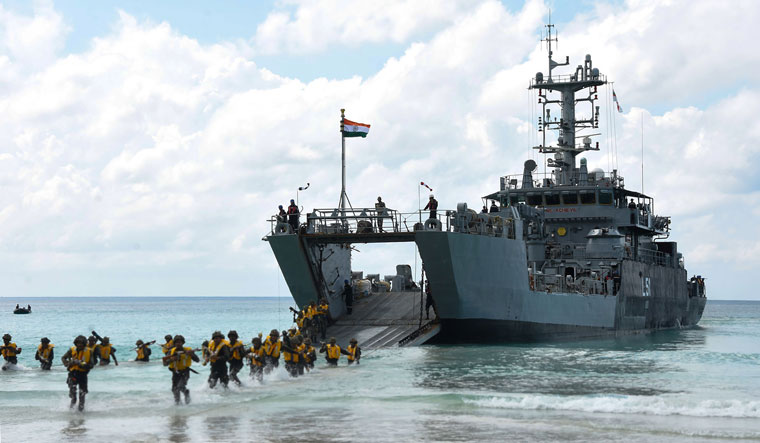 Why has there been a disconnect between the ocean and India post-independence?

The political class of that time was from landlocked states and its mental maps were also consequently about landlocked problems. Now we have broken out of this.

Do you think there is a need to rewrite history?

I think there is a need to rewrite history for multiple reasons. There is the problem of the blanking out of maritime history. But more than that, we entirely think of our history in political terms. Why? There are many other histories to be written. Why cannot we write histories of our trade routes?

History only records travellers that come to India, but not Indians as travellers. Can you talk about India as a sea power?

At various points in our history, we have had strong military projection. The famous cases are [of] the Cholas and the Pallavas. But the Chalukyas [also] had a navy. The Marathas had a navy. Post-independence, there was the liberation of Goa, which was to a large extent a naval battle.

Also, [when] you take a maritime view of our independence movement, it is completely different. There is of course the importance of the Cellular Jail, but there is also the formation of the INA (Indian National Army) in Singapore. It is very much a maritime idea. [Then] there is the naval mutiny [of] 1946, [which, taking a maritime view,] was a critical factor that led to our independence.

Mental maps matter. In the 1960s, the Omanis offered India Gwadar at a pittance. We refused because we did not think it was important enough. It is one of the most strategic positions in the world. Now the Chinese are building a port [there]. [That is why] mental maps matter.