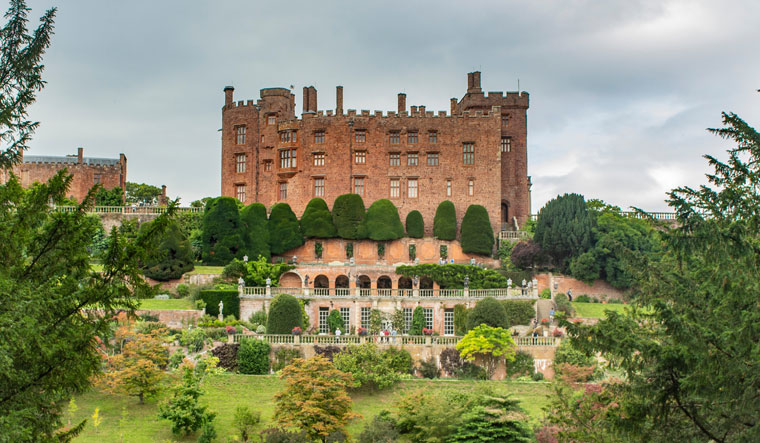 Treasure house: Powis Castle in Wales has the largest private collection of Indian artefacts in Britain, thanks to the Clive family | SHUTTERSTOCK

Robert Clive carted home Siraj-ud Daula’s palanquin. Far away from Bengal, it is now in Powis Castle, Wales. The castle, according to historian William Dalrymple, has more Mughal artefacts than even the National Museum in New Delhi. 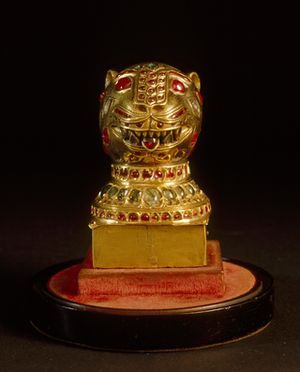 Head, stones: The finial from the Clive Collection at Powis Castle | ALAMY

Powis Castle boasts the largest private collection of Indian artefacts in Britain. And there is more. In 2004, Clive’s descendants sold five bejewelled Mughal pieces, including an “extraordinary” jade flask that sold for £29,17,250.

The jade flask, says auction firm Christie’s, was part of the imperial collection of the Mughal court and formed part of the booty that Nadir Shah took away. It is unclear how Clive got his hands on it. Christie’s says that only two other such flasks have been recorded; both are part of the Hermitage Museum collection in Russia.

The other objects in the lot were a “pistol-grip dagger decorated with elegant floral sprays”(£7,33,250); “a pale green nephrite jade bowl”(£53,775); a flywhisk, made with banded agate and inset with rubies (£9,01,125); and a hookah with sapphires “innumerable” on a blue enamel field, which Christie’s says was a Mughal favourite.

Among Clive’s other collections, there is a small but beautiful album of paintings—miniatures of flowers, plants and court life. The album is on display at the Victoria and Albert Museum.

While Clive was certainly one of the richest men of his time and carried away plenty of treasures, his eldest son Edward carried the family tradition forward. Edward and his wife, Henrietta Clive, added to the collection at Powis Castle. Among them is a tiger’s head in solid gold, studded with diamonds, emeralds and rubies—one of the eight finials on Tipu Sultan’s throne. It was given to Lady Henrietta Clive as a souvenir, when Tipu’s gold throne was being broken up for sale.

In a letter to her brother, Henrietta writes, “The plunder of Seringapatam is immense. General Harris will get between £1,50,000 and £2,00,000. Two of the privates have got £10,000 in jewels and money. The riches are quite extraordinary. Lord Clive has got a very beautiful blunderbuss (a short, large-bored gun) that was Tipu’s and much at Seringapatam. I should like to have the pickings of some of the boxes.”The blunderbuss, the finial, Tipu’s slippers and a portion of his tent are on display at Powis castle. Another finial was auctioned for £3,89,600 in 2009.

The Clive Collection for years has been displayed as Indian curiosities, for those who wanted to get a glimpse of the stuff that fuelled myths about the empire. But the displayers and viewers alike did not put into context how the treasures reached the castle. Given the current controversy, it is likely to change.