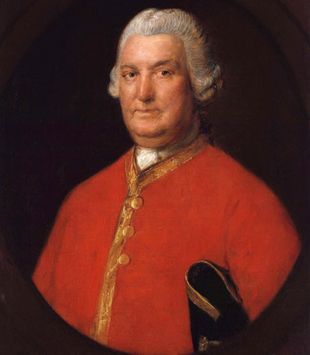 They were mentor and pupil, but poles apart in character and disposition. If Robert Clive was a bully, his mentor Stringer Lawrence was a gentleman. If Clive was driven by greed, Lawrence never touched a penny that was not honest. Yet, they had the highest regard for each other, and remained lifelong friends. So much so, when he heard that Lawrence was in financial difficulties after his retirement, Clive settled an annuity of 500 pounds a year for him. Once when Clive was to be honoured with a sword of honour, he refused to accept it unless Lawrence, too, was similarly honoured.

Though the Indian Army traces its founding to January 15, 1949, when it got its first Indian commander-in-chief in General K.M. Cariappa, several military historians, including Punjab Chief Minister Captain Amarinder Singh, consider Lawrence as the father of the Indian Army.

Major (later Major-General) Stringer Lawrence arrived in Madras in 1748, offering his services to the East India Company after having served in Flanders and Gibraltar. The company’s small force, not better than a troop of factory guards, had no commander at that time after the death of Major Knipe. So Lawrence was selected “to be major of our garrison at Fort St George”, which had, by then, been captured by the French.

Lawrence soon set out to raise a professional army out of the “ill-disciplined ruffians” that comprised the company’s army then. “He organised seven companies of Europeans each with a captain, a lieutenant, an ensign and eighty-one other ranks, and adopted a similar system for the Company’s sepoys,” writes James P. Lawford in Clive: Proconsul of India. “Until then the Indian soldiers had been nothing better than roving bands of poorly armed men under a local leader. They remained under their own officers, but British officers were now posted in to command them on operations. Above all he initiated a system of military law which, for the first time, made it possible to introduce proper military discipline into the Company’s forces.” This, according to several historians, was the beginning of the modern Indian Army.

Within weeks, Lawrence captured Cuddalore from the French—the first major military victory of the British in India. It was during the small siege of Ariancopang (Ariyankuppam) that Lawrence noticed the young Lieutenant Clive who was standing firm with some 30 men even after most other platoons had retreated. Next, he was impressed with the young man’s audacious attack of Devicottah.

Their finest hour together was during the operations around Trichinopoly against Chanda Saheb in the famous Carnatic wars. It was here that Lawrence finally chose Clive, who was the junior-most of Lawrence’s captains, for some of his most arduous operations including the one to break the siege of Trichinopoly. Clive proved to be worth more than Lawrence’s confidence, so much so that the fond mentor gave full credit to his pupil in every dispatch that he sent to the directors. By the time the Carnatic wars ended, the British were virtually the masters of the south and Clive, just 27, the rising star of British arms.

Soon Clive moved to Bengal where he defeated Nawab Siraj-ud Daula. Lawrence continued in the south for a few more years, and retired to England where he spent his last years as an honoured guest of his friend Sir Robert Palk, a former governor of Madras after whom the Palk Bay and Palk Strait are named.