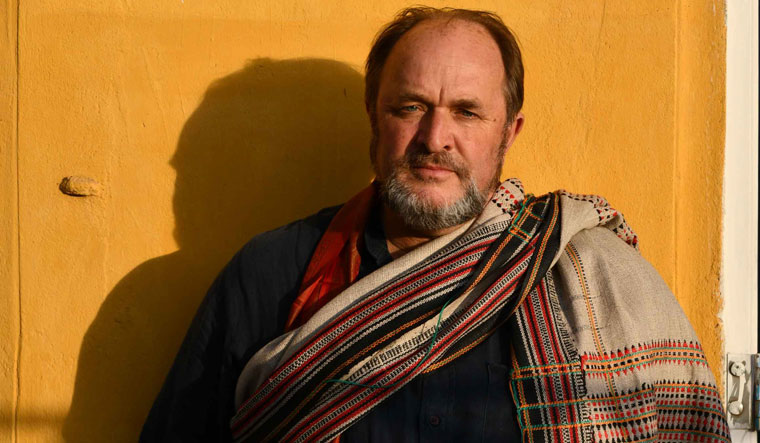 William Dalrymple has been vocal about removing the Clive statue in front of the Foreign Office in London. His book—The Anarchy: The East India Company, Corporate Violence, and the Pillage of an Empire—is a cautionary tale of a corporate that took over a country. Dalrymple writes about loot, plunder and Robert Clive. “If [British Prime Minister] Boris [Johnson] wants to go for a walk in the park and avoid the press, he comes out of the back and passes Clive every day. This is not where this man should be,” he says. Excerpts from an interview:

Q | The Anarchy has made Clive’s loot story with the East India Company mainstream, even in India.

A | Two things have made an impact in India [with the book]. The fact that it was a company... it was a business and was no more British, as Facebook is [an] American [company] and not a governmental organisation….

The other thing that took people aback, which was not in their history books, was the business of the Jagat Seths—the fact that Clive fought Plassey on Marwari wages.

Q | Why this omission in textbooks?

A | There was an awful lot in Nehruvian textbooks that polished the rough edges. These were written in the aftermath of partition when 1.5 million people had been killed. A nation was trying to find its feet and those books did all they could to emphasise Hindu-Muslim unity and to make the villain of the piece the colonial. While they were written by major historians with the very best of intentions, they opened the door to complaints from the Hindu right to point to an omission… and they do gloss over unpleasant facts that get in the way of a straightforward nationalist narrative.

Like, it was a fact [that it was] Indians who paid Clive to fight Plassey. This is an important part of the tale…. I think there is a realisation among the right that they were not getting the whole story about, particularly, the early days of the Sultanate in textbooks…. I am getting the impression that they [Indians] weren’t told the whole story of the East India Company. It wasn’t the British. This was a commercial company operating in the early days… doing an errand for the Marwaris. 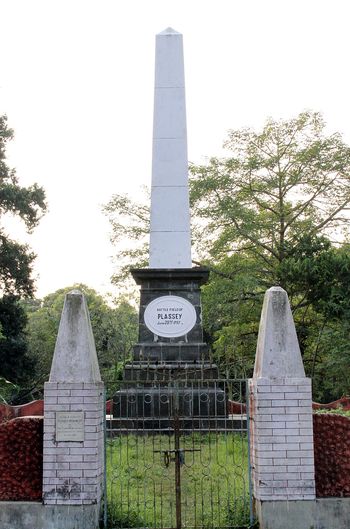 Q | Do you think a revisionist version of history in India will be more upfront about the collaboration between the Jagat Seths and the British?

A | At a scholarly level that has already happened. There has been important scholarly work by Bengali historians on the different banking families, done 10 or 15 years ago, but it hasn’t made it to the mainstream. The three big names are Kumkum Chatterjee, who is no longer with us, Rajat Kanta Ray and Lakshmi Subramanian…. It is not new what I was saying, but it was new to the lay reader.

Q | Where do you see the Clive debate today in Britain?

A | Clive has been out of the British curriculum for the past 40 years or so. My generation was the last to learn about Clive. But everyone has completely forgotten him here. He is not a name that means anything to anyone here, particularly younger people. The people who are angry about Clive are either historians or Indians.... I haven’t seen crowds in the streets baying for Clive’s blood. That said, the British are now well used to seeing themselves as, in movies, villains…. We have seen for 20 years or 30 years [that] the British are quite open to the idea that their forbearers may have been war criminals.

But they remain in perpetual ignorance. Unless you go out and study it in university, you don’t come across it. You can go to the best schools in the country and study history at various levels and still not know anything, astonishingly. Appalling as that is… this is a minority interest. It is not like slavery, where it directly impinges on a large section of the British population (and) where you can get a large mob to gather and knock down a statue in Bristol. I just don’t think that will happen to Clive. That said, we are working to get it taken down and [moved] to a museum.

A | There is a group of us who are actively engaged with the Foreign Office to try and find out who actually owns it, whether it is the council or English Heritage. We are taking it up with some people in the Foreign Office as well as elements in the Conservative Party. There is not much resistance and I think it is doable. What makes me want to bother doing it is where that statue is. It is immediately outside the Foreign Office, just behind Downing Street.

Every ambassador who goes to pay his credentials, passes Clive. If Boris wants to go for a walk in the park and avoid the press, he comes out of the back and passes Clive every day. This is not where this man should be.

It was not put up there in his lifetime by a grateful nation who thought Clive was a wonderful figure. Clive was regarded as a criminal.

He died from his own hand in the immediate aftermath of a massive parliamentary debate on whether he was a crook. He escaped full censure, but the whole thing was incredibly bruising for him. He went home the night of the debate not knowing whether he was going to wake up with a penny in the morning. He took his life immediately afterward.

There is a parallel with the Confederate statues in the United States, just as they were built as the civil rights movement was about to grow. So, Curzon raised the money for the statue, just as the resistance [against] the Raj was growing…. It was 130 years after Clive’s death…. This is being done by arch imperialists to show the power of the empire at a time when it realised that it is not a given and indeed in a generation it will be over.

Q | Why is it easier to put the Clive statue in a museum than getting an apology for what happened in Jallianwala Bagh?

A | I think that will come, too. We are seeing movement on that. The Archbishop of Canterbury went down on his knee and apologised. I will be astonished if we don’t see an apology pretty soon.... You can’t claim that you are forward looking and diverse and not apologise…. Of course, there will be resistance from the far right, like in America. Where you would have much more difficulty is in Winston Churchill, who unquestionably was a racist, who unquestionably contributed to the Bengal famine, but of course, he didn’t create it. And yet, he is rightly looked on by the country as a saviour from Nazi occupation.

Q | Do you think that there will be a certain simplification of history with the Black Lives Matter movement? That everything will be reduced to a villain versus victim binary?

A | Indian history is complicated, too. Slavery was prevalent in India right up till the mid-19th century. There were massive numbers of black slaves shipped from Ethiopia and Somalia to India throughout the Middle Ages. This is not something that happened elsewhere. This is a big part of Indian history. 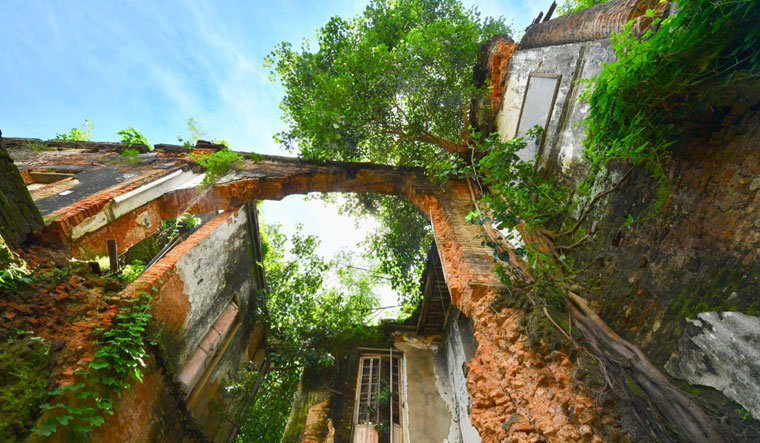 Q | There were attempts to vandalise Gandhi’s statue, too. In India, there has been an attempt to revisit the legacy of leaders like Gandhi.

A | Gandhi and Churchill are well oddly paired. In a way, they are heroes to an older generation and troubling to younger ones.

Q | How do you see this Black Lives Matter movement with the toppling of the statue ending?

A | I think the general direction of history has to be in the direction of diversity, inclusivity and justice. In the long term, it is not sustainable in having totems of imperialism on every street corner.... You will gradually see them being taken down and put into museums. The specific movement of George Floyd, I say this with regret, that sort of moment of action has gone…. There are more pressing anxieties. [But] just like we have seen in the British High Commission in Delhi, all those imperialists who had been filling the drawing room of the High Commission are not there anymore. You have more [art] by Anish Kapoor and the Singh Twins representing a more modern vision of India-British relationship.... Meanwhile, I will continue to push for people to be educated and push it in the British curriculum.

Q | Do you think that will happen?

A | I hope it will.... I don’t think it will happen in (t)his particular government. In the course of time, it has to happen. It is something I will continue pushing for. I think it is the key. Unless you have that people’s knowledge of the Raj, it will be Merchant Ivory films with constant tea-parties.