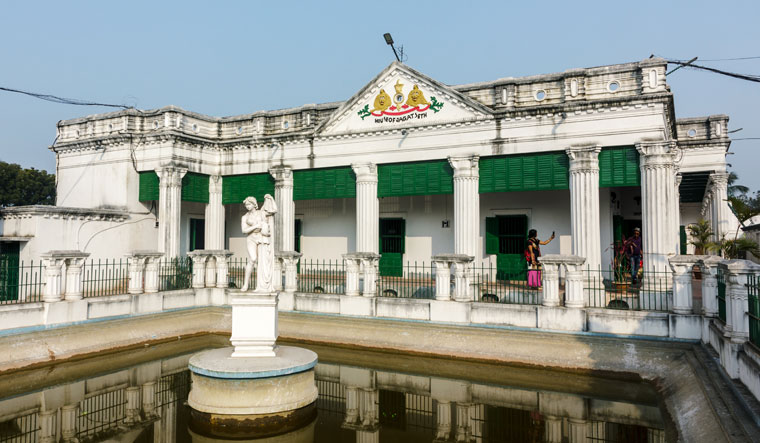 Lost glory: The House of Jagat Seth in Murshidabad | Shutterstock

The story of Robert Clive and the Battle of Plassey will be incomplete without the story of his financiers.

The Battle of Plassey did not see much blood. It was fixed by the ultimate fixer himself—Clive. He wanted to place a more pliant nawab on the throne. Mir Jafar, who had been demoted by Siraj-ud Daula, was the perfect candidate. But Clive also had the most powerful partner on his side: Mahtab Rai ‘Jagat Seth’, head of the banking family that controlled the economy. The title Jagat Seth—meaning banker to the world—had been conferred on Mahtab’s family by the Mughal emperor.

While Jafar’s treachery is well known, the role the Jagat Seths play in this conspiracy to replace Siraj has been lost, except in academic circles. According to the Siyar-ul-Mutakherin, a History of Mahomedan Power in India During the Last Century, the Jagat Seths offered the British three crore rupees for the campaign against Siraj. The figure may be exaggerated, but it is very likely that they paid them.

A key to understanding the kind of influence the Jagat Seths had and the power they wielded as kingmakers is understanding who they were. All of the money of Bengal, the richest province in India, passed through their hands. They had the monopoly over minting coins. They also collected revenue for the nawab. They also lent money to everyone—the nawab, merchants and trading companies. Their banking network branched out across Calcutta, Dhaka, Delhi and even Patna. “They dealt big,” writes Sudeep Chakravarti in Plassey: The Battle that Changed the Course of Indian History. They were the Ambanis of their time, much less flashy.

It was always a good idea, especially since they had keys to the treasury, to keep the Jagat Seths in good humour. Siraj’s takeover from his grandfather Alivardi Khan—a man who loved food, had a professional storyteller and preferred consensus—upset the power equation in the province, even with the Jagat Seths.

Chakravarti writes about an incident when Jagat Seth Mahtab Rai was slapped by Siraj for failing to raise 30 million rupees from the East India Company and other merchants. This was the beginning of intrigue, and the Jagat Seths participated whole-heartedly in the plot to overthrow Siraj. “‘They are, I can say, the movers of the revolution. Without them the English would never have carried out what they have,’” writes Chakravarti, quoting from the recollections of Jean Law, Siraj’s ally and chief of the French factory in Bengal.

The Company’s run-ins with Siraj had increased. There had been similar problems with his grandfather, too, but the English then had found a way out, with the Jagat Seths acting as intermediaries for a fee. But Siraj was not his grandfather. He had a temper and wanted to centralise power. “Clive is rightly reviled, but we should know that he was financed by the Jagat Seths because they were sick of the exactions of Siraj-ud Daula,” says Lok Sabha MP and writer Shashi Tharoor.

In the introduction to J.H. Little’s House of Jagatseth, historian N.K. Sinha writes that the role of Mahtab Rai and his cousin Swaroop Chand was clear—they supported Yar Latif Khan, a general and Siraj’s archenemy, and then “persuaded him to throw in his lot with Mir Jafar”. According to Jean Law’s recollections, “the path which led to the Battle of Plassey had its beginning in Murshidabad and not in Calcutta and it was the Seths who placed the feet of the English in the path”.

The Jagat Seths proved to be formidable enemies. With access to information and proximity to Siraj, they became agents for the British. They also played a part in the charade that was the battle, posting an agent in Siraj’s court to “attend” to him. The die was cast, and Siraj—betrayed by his own—finally lost.

However, despite their craftiness, the Jagat Seths miscalculated when it came to the British. They backed the wrong horse. “They thought the British would go away,” says historian Lakshmi Subramanian. “They thought they would be like the Marathas. They would intervene and then disappear. They didn’t.”