Peggy, the other Clive

Lady Clive’s keen sense of humour, love for music was overshadowed by her husband 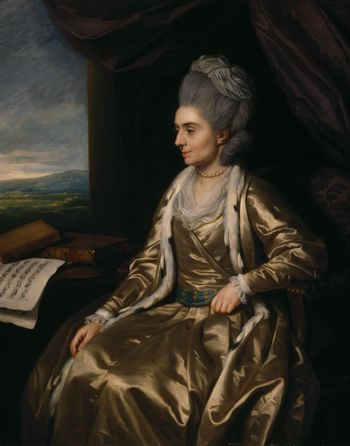 A woman of her own: A portrait of Margaret Clive by Nathaniel Dance | ALAMY

Margaret Clive sits gazing into the distance in a portrait attributed to Nathaniel Dance. There is sheet music on the table and a string of pearls around her neck. The portrait, which hangs in Powis Castle in the UK, was painted in 1773—a year before her husband, Robert Clive, killed himself.

Margaret’s brother Edmund had played cupid. There are two versions of this story. One version claims that Clive saw a miniature of a young woman in Edmund’s room, and asked about her. When told that it was his sister, Clive begged him to invite her to Madras. The other version claims that he read her letters and was “struck by them”, and asked Edmund to invite her to India. Whatever the version, a letter from Edmund to her says: “Matches in this country generally proving so vastly superior to what are made in Europe.”

Clive, then 27, was a catch. He had spent a decade in India and was being referred to as General Clive by the directors of the East India Company in London. He had proven his credentials on the field, thwarting French ambitions in the Carnatic four times.

“They were evenly matched,” says Robert Fowke, a descendant who is writing a book on Lady Clive.

Peggy, as Margaret Maskelyne was known as, had “won all hearts in Madras”, writes Sir George Forrest in The Life of Lord Clive. Margaret came from old East India Company stock. Her father, however, was a civil servant. Edmund, meanwhile, “led a life that was more entertaining than memorable”.

The fatigue of the company’s campaign had done Clive in. His “fits” continued, and Clive was set to sail home in 1753. He married Margaret five days before he was to go home; on a Sunday, at St Mary’s Church in Madras. Later, when he appeared without his wife in Calcutta, the French spread rumours that he was attracted to courtesans—a charge his biographer Forrest staunchly defended. “There is little evidence that his wife or any other woman had much influence in his life,” he writes.

Lady Clive and her achievements have been overshadowed by her husband. She was a clever and humorous woman, interested in music and astronomy. She had a young Mozart perform in her house in London, and used to correspond with astronomer William Herschel. “Her letters are obsessive to th e point of boring,” says Fowke.

In a letter, cited by Fowke, Margaret writes after Claremont, another grand home, has been completed: “I have a charming new house for a charming old husband.” Money was certainly not an issue for them. At home in the evenings, Clive and Margaret tended to socialise with old friends and family.

When he was in India as governor, Clive wrote long, descriptive letters to Margaret, suggesting that the two certainly shared a warm relationship.