The Jew who shaped the finances of India and Pakistan 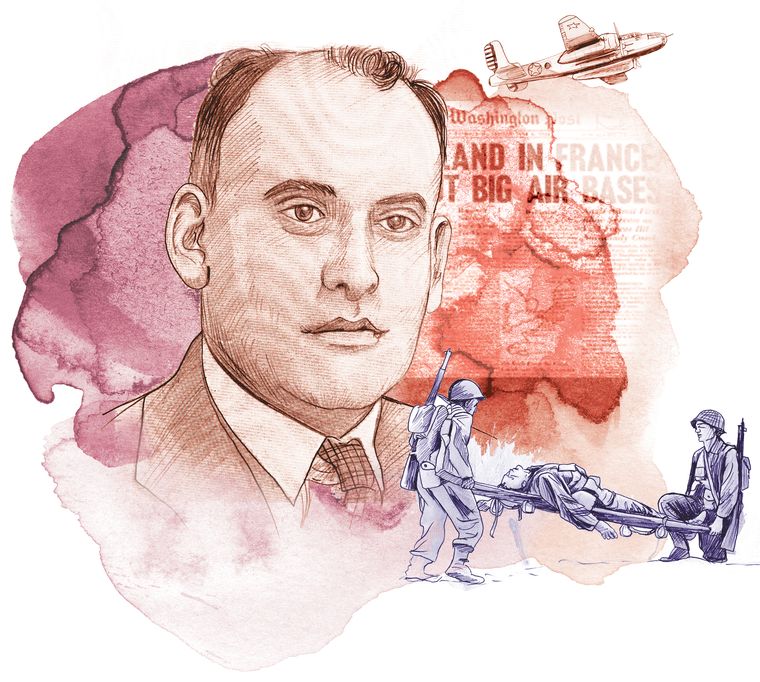 Sir Jeremy Raisman, encouraged Indian traders to get into manufacturing, which later allowed Britain to source from India ancillaries for the war effort.

WHEN HITLER WAS blaming the Jews for Germany’s economic miseries, a British Jew was running India’s finances. Ironic as it may sound, he would later run the finances of the Islamic Republic of Pakistan, too.

Sir Jeremy Raisman was the finance member (finance minister) in Viceroy Linlithgow’s cabinet when the war was declared. Though an Englishman, he was not from the British civil service. In fact, he was the only member of the Indian Civil Service to handle the finance portfolio since 1922.

During World War I, India had voted for gifting £100 million towards Britain’s war expenses. When World War II was declared, Raisman knew that there would not be any such largesse, with the Congress and Indian leaders being non-cooperative. "He, therefore, devised an ingenious plan,” wrote the journalist Durga Das, “under which he was not only able to get all he wanted for the war effort, but created such a powerful profit motive that even Gandhi-capped businessmen came forward to provide supplies.”

One such businessman, though not Gandhi-capped, was J.R.D. Tata. Tata Airlines, the forerunner of Air India, took part in the evacuation of Baghdad when Iraq was taken over by a pro-German junta. Raisman encouraged Tata to enhance his steel output and allowed him to open Tata Chemicals in Baroda state. Tata Chemicals would be the largest chemical factory in India to produce industrial chemicals needed for the war effort.

Raisman encouraged Indian traders—mostly Marwaris, Parsis and Gujarati Banias who had accumulated wealth during World War I—to get into manufacturing. The Birlas set up Hindustan Motors in Calcutta in 1942; Walchand formed Premier Automobiles in Bombay in 1944. Though cars were not directly linked to the war effort, the British sourced ancillaries such as pistons, springs, bulbs and fuel pumps from the plants.

The war effort required some 50,000 articles made of cloth, and India supplied 37,000 of them. With textile industry booming, machine-building for textile mills began with the opening of Textile Machinery Corporation in 1941. Even Russia, China and Australia received Indian supplies. Hindustan Aircraft Company, the future Hindustan Aeronautics Ltd, was founded in 1940. The first shipbuilding yard was set up in Visakhapatnam in 1941; Mysore Chemicals and Fertilizers began producing nitrogenous fertilisers the same year. Allwyn Metals was set up in Hyderabad in 1942. Aluminium industry, vital for aircraft building, was started with the launch of Alupuram works of Indian Aluminium Corporation in 1943. Walchand Hirachand, who had almost pioneered aircraft building before Hindustan Aircraft Company actually did, began making motor cars in 1944. Three of future India’s engineering majors—TELCO, Mahindra & Mahindra and Bajaj Auto—were launched in 1945. Jute industry boomed during the war. Millions of jute bags were needed for transporting goods and for sandbags in bunkers.

Raisman adopted a simple device under which Britain would pay India for the goods and services in sterling, and not in gold. The rupee reserve would be held in paper currency, and not in metal. As the journalist Sunanda K. Datta-Ray wrote later, the reserves “amounted to a handsome £1,300 million or Rs1,733 crore at the prevailing exchange rate, being mostly money an impoverished Britain, which had to spend vast sums buying equipment from America..., owed India. [Prime minister Winston] Churchill’s government expected India to pay even more for the war effort than the Indo-British agreement on sharing expenses stipulated. Some in London, including [the economist John] Maynard Keynes, wanted Britain’s debt reduced or cancelled. As India’s effective finance minister, Raisman objected to both. He wanted the agreement adhered to, and told the war cabinet in London on August 6, 1942, that being a belligerent had already caused a heavy increase in India’s own expenditure. It could not accept a larger defence liability.”

The effect of all this was that “India... built up a huge sterling balance but the country suffered considerable inflation,” wrote Durga Das, who deemed Raisman “one of the architects of the Allied victory. It was primarily his design that provided the manpower and goods worth hundreds of millions of pounds which brought the British their victory at El Alamein in North Africa.”

But there was also a geographical shift. As the war effort grew, several ordnance factories came to be set up, most of them in central and western India so as to be away from the reach of the Japanese bombers flying in from the east. Thus small towns such as Itarsi, Jabalpore and Kanpur grew into ordnance hubs.

Indeed, the war story of India was not one of prosperity. On the contrary, a severe famine struck the country, especially the once-rich province of Bengal, during the war. Several reasons have been proffered for the famine; most of them put the blame on Churchill, who had asked India to export grain in the early stages of the war and, ignoring pleas from the Indian government, refused shipment from Australia and elsewhere. When Secretary of State for India Leopold Amery and Viceroy Wavell asked for stopping of food export from Bengal, Churchill asked them if the famine was that bad, why Gandhi had not died of starvation.

A third reason was the Japanese conquest of rice-exporting Burma. Fourthly, the British themselves followed a scorched-earth policy. Fearing that eastern India would fall to the Japanese, they destroyed several roads and bridges in Bengal to slow down a possible Japanese advance towards Delhi. This affected the transport of food in the eastern provinces. Fifthly, with lakhs of refugees coming in from Malaya and Burma, there were more mouths to feed.

Towards the closing weeks of the war, it was thanks to Raisman’s efforts that India, though still a British colony, was invited to the Bretton Woods conference that would shape the post-war economic world order. India was a creditor now to Great Britain, argued Raisman leading the Indian delegation. Two members of the delegation, R.K. Shanmukham Chetty and C.D. Deshmukh, became finance ministers in free India.

The Jewish Raisman was sympathetic towards the Nizam and the creation of Pakistan. After partition, he became an adviser to the government of Liaquat Ali Khan and headed what would become Pakistan's finance commission. He was the author of the Raisman Programme or Raisman Award, a series of economic reforms programmes by which Pakistan distributed its revenue to federal institutions.