A road for China 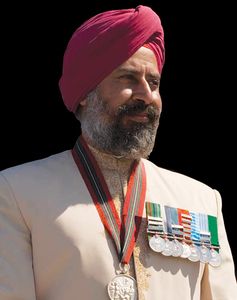 BY MAY 1942, the Japanese juggernaut had driven the ill-prepared and outnumbered British and Indian forces out of Burma and sent them reeling back into northeast India. Along with them went 23,000 troops of the Kuomintang, the Chinese nationalist party, who owed their allegiance to Generalissimo Chiang Kai-shek.

These Chinese troops were housed at Bihar's Ramgarh (now in Jharkhand). The USA was supporting the Chinese in their fight against Japan, and the Chinese presence at Ramgarh gradually rose to 75,000 men equipped and trained by the Americans. They were to be used in the reconquest of Burma under the command of their crusty commander of the China-Burma-India theatre, Joseph “Vinegar Joe” Stilwell.

To keep China in the war, it was vital that supplies were sent to the Chinese. Having lost the supply route through Burma, Stilwell decided to do the impossible—build a road from the easternmost corner of the Brahmaputra valley at Ledo in India, to Kunming, the capital of Yunnan province in China. The Ledo Road, which came to be called Stilwell Road, wound its way through the Patkai mountains and traversed swamps and jungles in northern Burma to its destination some 1,700 kilometres away in China. 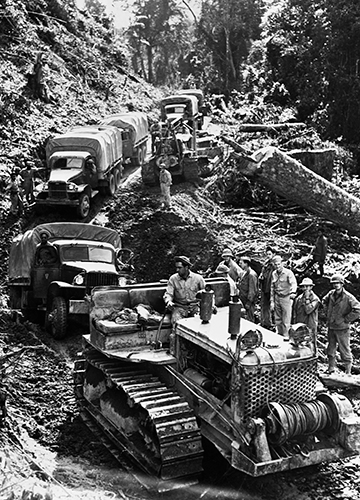 Wheels of war: A soldier driving a tracked vehicle leads a convoy of military supply trucks over the muddy Ledo Road to Burma in December 1943 | Getty Images

The road was mainly built by Indian labourers and black American soldiers at immense human cost. Construction started in December 1942. On February 4, 1945, a convoy of 113 vehicles entered Kunming, breaking the blockade of China and securing the US strategic objective of opening a land route to China. The Chinese divisions that trained at Ramgarh spearheaded the advance and evicted the Japanese troops barring the way in northern Burma.

During the two years that it took to build the road, supplies to China were delivered by air. The US built a network of airfields in eastern India for this enormous effort. Carried out by a variety of transport aircraft of the US Army Air Force (USAAF), this airlift over the Himalayas was given the nickname “the Hump operations”.

The Hump operations delivered more than 6,50,000 tonnes of fuel and supplies to support the Nationalist Chinese war effort. It was one of the longest supply chains in the world, as supplies travelled some 12,000 miles from the US to India, first by sea, then overland from Karachi or Bombay by rail and road. The Hump supplies were delivered at a considerable cost. American sources estimate that they lost 590 planes and more than 1,650 lives.

Apart from supporting the Hump operations, India also provided training facilities for the Nationalist Chinese air force. Chinese pilots were trained on Ryan and Stearman trainer aircraft at the Elementary Flying Training School set up for the purpose at Walton, Lahore, from the beginning of 1943 till it was disbanded in February 1946.

The author is secretary and editor, USI Centre for Armed Forces Historical Research.