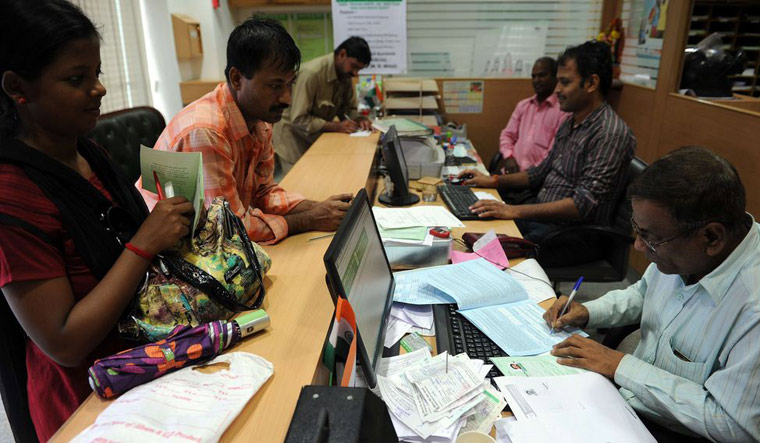 When Prime Minister Narendra Modi announced an economic stimulus worth Rs20 lakh crore on May 12, the expectation was that there would be wide-ranging fiscal support for various sectors hit by Covid-19. But most of the relief measures focus on bank loans and credit guarantees.

A large chunk of the stimulus for micro, small and medium enterprises is in the form of unsecured loans. MSMEs with up to Rs25 crore outstanding and Rs100 crore turnover would get collateral free loans worth Rs3 lakh crore, which would have 100 per cent credit guarantee. Separately, a Rs20,000 crore subordinate debt scheme has been announced for stressed MSMEs, where the credit guarantee from the government will only be 20 per cent.

“Banks will now give more money to the producers. But, you are not giving any money to the people. If demand does not increase, what will firms do with the production?” asked C.H. Venkatachalam, general secretary of the All India Bank Employees Association. “Similarly, money will be pumped into the NBFCs. But, it will not generate demand. This is going to further increase bad loans.”

CRISIL has forecast banking sector non-performing assets (NPAs) to rise to 11.5 per cent by March 2021.

While the Reserve Bank of India has taken steps to ensure liquidity, banks still parked over Rs8 lakh crore with the central bank. “Banks are not lending because they are risk averse,” said Satish Marathe, founder member of Sahakar Bharati, an umbrella body of cooperative banks. He said some NPAs might rise, but many more companies could be saved by the government measures.

Marathe also wants the delinquency period for NPA classification raised from 90 days to 180 days. Banks should also be allowed to reschedule all borrowal accounts, which may have been identified as overdue or stressed up to December 31, 2019.

Bankers have been pointing towards asset quality problems for falling credit growth. “Given the situation in which we are in, where the outlook is uncertain, where the balance sheets are stressed, where there are issues of asset quality, where access to capital market is limited, we have to make sure we have bankable situations,” said a senior public sector banker.

The government has excluded debts related to Covid-19 from defaults. Furthermore, no fresh insolvency will be initiated for a year. The Insolvency and Bankruptcy Code had so far helped banks recover Rs1.8 lakh crore. Its suspension will be a major setback. “We will end up losing a very powerful tool to resolve insolvencies in cases of pre-existing stress,” said Pooja Mahajan, managing partner of the law firm Chandhiok & Mahajan. “In such companies, the stress will only keep mounting, and after a year, it may be too late to get any meaningful resolutions.”