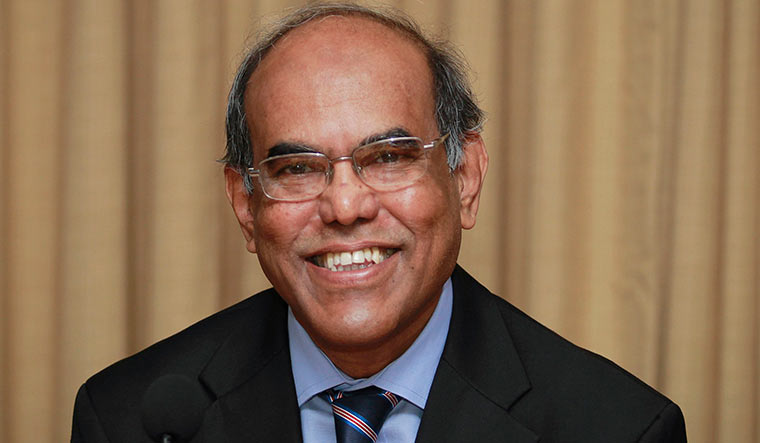 DUVVURI SUBBARAO KNOWS how to deal with an economic slowdown. He took over the reins of the Reserve Bank of India in 2008, when the world was reeling under a recession, and played a key role in minimising the impact of the crisis on the Indian economy. As the economy is once again facing a recession triggered by the Covid-19 epidemic and the government is looking for an exit route from the lockdown, Subbarao warns that unless the economy is put on a rapid growth trajectory, it will be vulnerable to negative consequences. Excerpts from an interview:

Q/What is your view of the stimulus package announced by the government?

A/Although it is being called a fiscal stimulus package, I think it should be called a growth stimulus package. The government has packed quite a lot into it to meet the immediate as well as medium-term challenges—survival support to vulnerable households and firms during this lockdown phase, measures to restart the economy consistent with the gradual easing of the lockdown and reforms to be implemented over a longer timeframe to put India on a rapid growth trajectory.

The government has been criticised for not putting enough of its own money into the package. But it had very little fiscal wriggle room. In the event, it has done a commendable job in leveraging on its limited resources to generate a large enough package. The economy’s short- and medium-term prospects will be determined by how effectively these measures are implemented. In particular, there should be no leakages and no delays. Coordination between the Centre and states will be critical.

Q/People expected more by way of livelihood support and jobs.

Q/We are in the middle of a crisis. Is this the right time to implement reforms?

A/As they say, don’t waste a good crisis. I believe the government was right to announce reforms as part of the stimulus package. A crisis is not the right time to implement reforms, especially as the mind space of both the Central and state governments is completely preoccupied with saving lives and livelihoods. But a crisis is exactly the right time to make a commitment to reforms. That will signal the government’s resolve to put the economy back on a growth track when the pandemic is behind us and thereby help retain market confidence in the economy.

As part of the stimulus package, the government has just outlined the reforms. In order to be credible on that, the government should now come out with a white paper, fleshing out the content of the reforms along with the timelines, milestones and deliverables. It will provide a basis for evaluating the government’s performance and increase its credibility.

Q/How do you think the government should manage the challenge of a widening fiscal deficit?

A/There is no easy way out. The government needs to spend more in order to manage survival during the lockdown phase and to restart the economy once the lockdown is eased. That is a moral imperative; it is also a political imperative. In order to finance that spending, the government needs to borrow more. The question is how much more it can borrow without jeopardising medium-term sustainability.

We know that governments, both Central and state, were already under fiscal stress even as we entered the crisis. The combined fiscal deficit of the Centre and states, as budgeted, for this year is 6.5 per cent of the GDP. The loss of revenue on account of the lockdown will take that beyond 10 per cent of the GDP. The additional borrowing will take it close to 15 per cent of the GDP. That is very high. We will be vulnerable to all the negative consequences high fiscal deficits—high inflation, balance of payments pressures and crowding out of private investment. All these will dent our growth prospects in the short and indeed even in the medium term.

The only way to prevent these negative outcomes is to put the economy on a rapid growth trajectory so that the debt burden does not become a dead weight loss. That is why vigorous and time-bound implementation of reforms is crucial. In the short term, the government’s decision to set itself a limit for additional borrowing instead of resorting to open ended borrowing as some people have suggested will help in retaining market confidence.

Q/The Centre has decided to increase the borrowing limits for states from 3 per cent of their GSDP to 5 per cent. Will this be enough for the states to recover from the revenue lost during the lockdown?

A/The challenge for both the Centre and the states is to manage the crisis without jeopardising fiscal sustainability. This means they need to borrow more but keep that additional borrowing within limits. That way, they will be more efficient, accountable and transparent.

A/I believe the India growth story is still intact. In his address to the nation last week, the prime minister spoke about leveraging on our demographic profile to spur growth. I believe that is key. India has a growth driver that most other countries don’t have—our huge domestic market. We are a country of 1.35 billion people with a per capita income of just over $2,000. If we put money in the hands of those people, they will spend, which will spur production and then jobs, which in turn will lead to more consumption and more jobs. That way we can get on to a virtuous cycle of growth and jobs.

I believe the India growth story is possible, even probable, but not inevitable. It will materialise only if we implement structural and governance reforms.