We can expect a V-shaped recovery 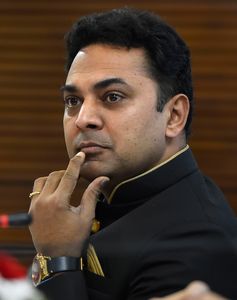 Q/The Covid-19 package aims at mid- to long-term benefits. Why take the tougher path of fundamental restructuring of the economy at a time when most people thought urgent cash transfers were the need of the hour?

A/It was planned [keeping in mind] the effect on employment, which in turn will have a significant impact on demand. What we therefore did was [to] provide a comprehensive set of measures for the MSMEs, which account for the bulk of employment. By reworking the definition of MSMEs (hiking turnover limit to Rs100 crore), 99 per cent of the firms are now covered (eligible for the Rs3 lakh crore credit scheme). In other words, almost 99 per cent of the firms that provide employment have been covered. By minimising the effects of the pandemic on employment, it will keep up aggregate demand.

Through the Rs3 lakh crore automatic credit—no questions asked and 100 per cent guaranteed by the government, the subordinated debt scheme and the equity infusion of Rs50,000 crore, a lot of capital flexibility has been provided. These are by far some of the key aspects of the short-term measures, where the impact will come through demand.

Q/‘Atma Nirbhar Bharat’ aims at capitalising local talent and boosting India as a manufacturing hub to attract businesses leaving China. But ‘ease of doing business’ still remains a big stumbling block. What could be done on the macroeconomic policy front to address this?

A/The highlights of the package are the pathbreaking reforms that have been enabled both on the product markets and the factor markets. On the product markets, the Agricultural Produce Market Committee (APMC) has been reformed, together with the Essential Commodities Act (ECA). The APMC and the ECA had restricted the small and marginal farmers from selling what they wanted, or store that produce for whatever period they wanted, because the ECA prohibited all storage by equating it to hoarding. Past governments have all talked about farmers, but have taken no tangible steps to benefit the small farmer. In that context, in the boldness of this reform to genuinely benefit the small farmer, this is a very, very important reform. So far none of the reforms were benefitting the small and marginal farmer. [Finally], that has happened.

Second, this will help raise farmers’ incomes. And when income of 40-45 per cent of the population goes up, the demand impact will come in the medium term. And companies look for greater demand to set up shop. In the case of MSME reforms, there was a perverse incentive on MSMEs to remain small with the earlier definition. That has now been changed. It will provide them incentives to grow. These are the key reforms on the product market side.

On the factor markets, we have come with land, labour and power reforms, changes in the corporate law, in decriminalisation of Companies Act defaults and simplifying bankruptcy rules. Together, when you look at these cumulatively, these are significant reforms that will make a big difference to the cost of doing business in India, and that is what companies look for.

Q/Do you think India will be spared the worst compared with other major economies?

A/First, we are a country of 137 crore people, where people live in close proximity. It makes social distancing difficult. Considering this, our tally of one lakh cases in more than 100 days is really creditable. Second, the recovery rate in India has been far better than other countries—close to 33 per cent. Third, the mortality rate has been far lower as a fraction of the population— two-and-a-half odd deaths per million, in contrast with Europe’s more than 200 per million.

But we cannot predict exactly when it will end. It will depend on when a vaccine will come and when its mass production will start. There is uncertainty. That will have an impact on the economic revival, too. Of course, as the economic impact is because of the pandemic itself.

Q/But if I ask you to make a prediction, would some kind of revival be visible by Diwali?

A/There are two points that I have to mention when you think of growth predictions. One, this is a very important behavioural bias that Nobel-winning academic Daniel Kahneman spoke about in his book Thinking, Fast and Slow. He talks about the saliency bias, where most of us, if we are not careful, end up putting far more weight on recent evidence than instances in the past. That is why, once you are in normal times, you put very little probability on the chance of a black swan event. Conversely, once you are in a black swan event, you end up putting very little probability on the chance of normalcy returning. That can then lead to excessive pessimism, like in the times we are in now.

We are in the pandemic, a black swan event, and it is quite likely that because of saliency bias, we may think that we may continue like this for a very long time. So the economic impact will be long-drawn, which is actually not the case if you look at the Spanish flu which occurred 100 years ago and was far more devastating. At this point, less than 1 per cent of the global population is infected. In contrast, the Spanish flu infected one-third of the population, with a mortality rate of 10 per cent, while for Covid-19, it is 3.4 per cent. The Spanish flu was a far more devastating pandemic, yet the recovery was V-shaped. So, by factoring in the possibility of saliency bias and the resultant chance of excessive pessimism on the one hand, and the evidence from the Spanish flu on the other hand, at this point we can expect that it should be a V-shaped recovery.

A/Yes. I am an incorrigibly optimistic person by nature.

Q/When it comes to public health spending, although it is a state subject, what are the changes India can look forward to from the economic point of view?

A/The finance minister had announced this as part of her stimulus package—the viability gap funding for the social sector, especially those on the health side, will be increased significantly.

Q/From flexible fiscal deficit rules to other unconventional ideas (there were suggestions to print extra currency, for example), what are the out-of-the-box ideas you feel are worth a shot?

A/All of them are on the table!