The ‘negative list’ in defence procurement could work wonders 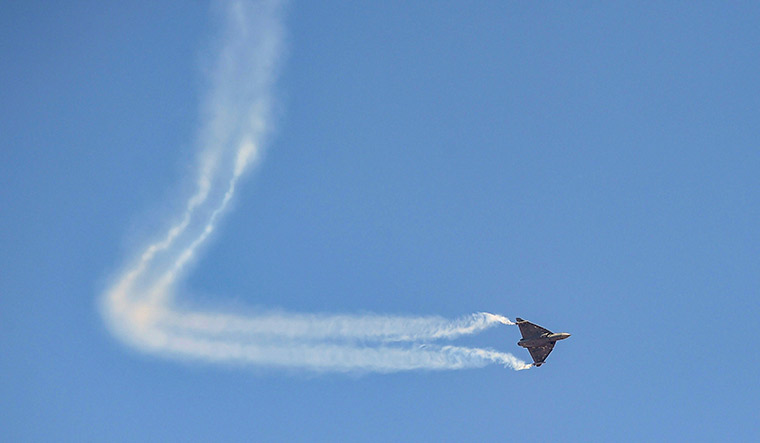 Towards self-reliance: A Tejas aircraft at Aero India 2019 | PTI

Nirmala Sitharaman was defence minister from September 3, 2017, to May 30, 2019. The prevailing belief in South Block, she gathered, was that defence scams had roots in India’s dependence on imports. A.K. Antony, who had a rocky tenure as defence minister, had once suggested indigenisation of military hardware as the “ultimate answer” to prevent scams. Now, as the finance minister who is on a mission to make India atmanirbhar, Sitharaman is drafting a “negative list”—of weapons and military platforms that cannot be imported—to secure the goal of self-reliance.

The list may include artillery guns, armoured tanks, radar and certain types of ammunition. These will have to be made indigenously. Sitharaman has also raised eyebrows with her plan to open up strategic sectors like space and atomic energy. “While certain high-end technology systems can still be procured from abroad, emphasis will be on procuring locally made products,” said Sitharaman. She has announced the enhancing of the FDI ceiling in defence manufacturing from 49 per cent to 74 per cent under the automatic route, with an aim to attract behemoths like Boeing, Lockheed Martin, Airbus and Saab.

Experts say the announcements extend the Union government’s 2014 reforms under the Make in India project. In the defence sector alone, however, projects worth Rs3.5 lakh crore—ranging from fighter jets to stealth submarines—have been in limbo for the past six years. Defence manufacturing could attract only $8.8 million of FDI from June 2001—when the ceiling was increased from 26 per cent to 49 per cent—till the end of 2019.

Laxman Behra, research fellow at the Manohar Parrikar Institute for Defence Studies and Analyses, said the new reforms were long due. “If the government sticks to its negative list, and expands it for 10 to 15 years, it would help the local industry diversify and improve technologies, operations and business practices. In the long term, it is a very good step.”

According to a recent report by the Stockholm International Peace Research Institute, India’s military expenditure was $71.1 billion last year, only behind the US and China. India’s armed forces continue to depend on foreign equipment, despite the country having a robust defence technology and industrial base that includes 50 laboratories of the Defence Research and Development Organisation (which employs nearly 10,000 scientists), 42 ordnance factories and nine public-sector defence undertakings.

To improve autonomy, accountability and efficiency in ordnance supply, the government has decided to corporatise the Ordnance Factory Board. The OFB could be listed in the markets, a move that employee unions have been opposing, saying it would lead to privatisation.

“We will go for an indefinite strike if the government goes ahead with its plan,” said C. Srikumar of the All India Defence Employees Federation. “The OFB’s 82,000 employees are sending their protest letters to the prime minister.”

In the atomic energy sector, the move is to bring in private players only into two areas: food irradiation and therapeutics. Irradiation is a process used in food preservation, wherein microbes in grains, spices and fruits are zapped by gamma rays.

Such endeavours have already been privatised in small measures by the government. In 2002, the Bhabha Atomic Research Centre (BARC) set up the Krushi Utpadan Sanrakshan Kendra at Lasalgaon in Maharashtra for low-dose irradiation of agriculture produce. The venture has spawned private-sector offshoots, like Agrosurg Irradiators in Palghar, that focus on food irradiation technology. Also, a technology demonstration unit for high-dose irradiation that BARC had set up in Vashi in 2000 has helped India resume the export of Alphonso mangoes to the US, which had stopped its imports from India around 25 years ago because of safety issues.

Nuclear medicine, which uses radio isotopes in diagnosis and targeted treatment, is also likely to benefit from the new reforms. By one estimate, the sector needs a ten-fold increase in capacity to cater to the potential demand. “We need the private sector if we want the benefits of nuclear medicine to reach out to more people,” said Anil Kakodkar, former chairperson of the Atomic Energy Commission of India.

Similarly, the space sector had decided to partner with the industry as far back as the 1970s, recalled K. Radhakrishnan, former chairman of the Indian Space Research Organisation. The Mars mission, he said, had 125 partners. Initially, the partnership began with “jobbing”, or roping in private players to fabricate equipment as per ISRO designs.

“Now, the move is to step up that participation, and enhance the value chain,” said Radhakrishnan. “What we call startups today existed even in the 1980s; these were people working on using remote-sensing data to create services. The government now wants to scale that up to meet the new and increasing demands of space application products among the public. Today, the global space industry is worth a whopping $370 billion. We have to partner with the private sector; it is the future.”

According to ISRO chairman K. Sivan, India needs private players to design launch vehicles since the frequency of launches has been going up. “ISRO needs to be freed from the routine, so that it can concentrate on capacity building, research and development,” he said. “This is the need of the hour and we welcome it.”