Not so souped up 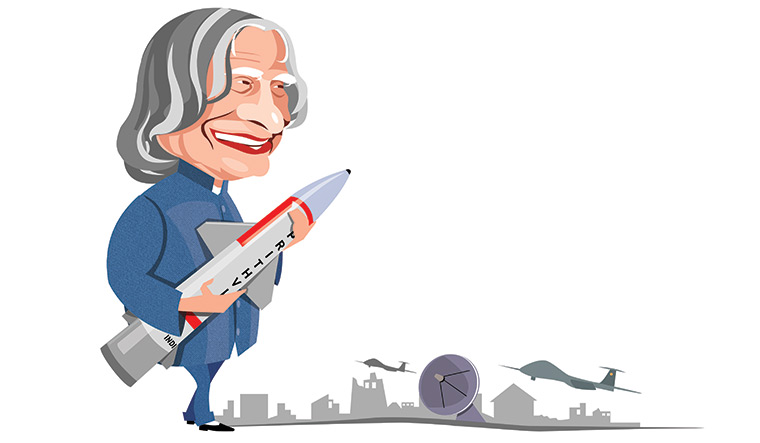 AS THE WORLD welcomed 2020, some cheeky Redditors posted concept art for futuristic cities, saying how, when they looked outside their windows in Bengaluru or Pune, they saw sci-fi buildings and hyperloops. India had, seemingly overnight, become a ‘superpower’.

In collective memory, 2020 had come to represent an imaginary deadline for superpowerdom. The credit for this is given, perhaps unfairly, to Dr A.P.J. Abdul Kalam, whose goals for 2020 were largely to do with development. Yet, his vision was somehow construed as predicting India to become a superpower by this year. Blame the Mandela effect.

India has never wanted to be a superpower. No prime minister has expressed this goal outright. When the word ‘superpower’ is used, it is usually appended to another word—like information, knowledge and so on. The idea of India as a military superpower has always been treated as far-fetched—for reasons that have little to do with India’s actual strength, but more with its disinterest in global domination.

Superpowers have a history of invading other nations, maintaining military bases across the world, and having the ability to strike anywhere on earth.

India’s foreign policy could not be farther removed. India in 2020, with the world’s second-largest army by manpower, is seen as a contender to become a great power, a possible superpower-in-waiting, but never one in actuality.

So, should India even aim to become a superpower? Absolutely, says Bharat Karnad, strategist at the Centre for Policy Research and author of Why India is Not a Great Power (Yet). “It has all the attributes and the necessary resource,” he tells THE WEEK.

“Unfortunately, it lacks the two other essential sets of ingredients—a strategic vision of itself in the world (not abstract concepts like ‘vishwa guru’) and a strategy and plan to actualise it and, most importantly, the political will.”

The pursuit of power is not just viewed through a military lens. Professor Kate Sullivan de Estrada, director of South Asian Studies at the University of Oxford, argues in Rising India: Status and Power, a book she co-wrote with Professor Rajesh Basrur, that India chased a non-material path to power, helping build a ‘counter-order’ through ideas like the Non-Aligned Movement and through ideological distinction from dominant superpowers.

India has steadily worked to modernise its forces, attempting to buy power where it could not make it. India’s defence budget was the world’s fourth largest in 2018. Since 1950, India has spent more than any other country on arms imports, according to data from the Stockholm International Peace Research Institute.

It also maintains arguably the most diverse inventory of foreign-sourced hardware. Soldiers carry Russian, Israeli, American and Indian rifles, each with different sets of ammo.

The reliance on vintage equipment, however, has cost India. According to a 2018 standing committee on defence report, 68 per cent of Army equipment was under the vintage category. In early 2019, the Army had barely enough ammunition to fight ten days of war (it has since attempted to raise that number to 30). Its operational doctrine is to be able to fight two wars at once—against Pakistan and China.

The Indian Air Force is the world’s fourth-largest, albeit only if all its equipment is assumed to be combat-ready (in 2014, only 55 per cent of air assets were functional at a time). The Navy lags China—awaiting INS Vikrant even as China sets sail its second carrier with two more in the works. It operates only three ships capable of surface-to-air combat and has only one amphibious landing transport dock—a ship that can carry both troops and vehicles—putting to rest any hopes that India would mount a sea-based invasion of any country.

India, however, has benefited from its non-aligned policy. It conducts regular military exercises with all Security Council members, and its collaborations with major powers afford it growing access to global technology.

Modern geopolitical strength is the result of more than just the number of soldiers and fighter jets in an imagined arsenal. Dr Kalam recognised this, when he wrote in India 2020: A Vision for the New Millennium: “Issues of national security are no longer simple considerations of defence but are closely intertwined with many aspects of trade, commerce, investment as well as creation and use of a knowledge base.”

In his vision for 2020, he had a plan for the military but it was not about increasing the numbers—he foresaw the growth of a mighty indigenous defence industry.

It is telling then that how, over the years, as the imaginary deadline to become a superpower shifted from 2020 to 2030 (and beyond), so too has the deadline to achieve over 70 per cent indigenisation of defence hardware. The earlier deadline of 2005 has now been moved to 2029-30, as Defence Minister Rajnath Singh said on September 19.

At the Aero India show in 1998, former Defence Research and Development Organisation director S.N. Misra recalled Dr Kalam jumping with joy at the glimpse of an indigenously developed parachute used by the sky-diving team.

At the time, the Tejas project was still in the making and so was an indigenous aero-engine, the Arjun main battle tanks were being upgraded for field induction, and the plan to build India’s first indigenous aircraft carrier was about to be sanctioned.

In 2016, a report by the Comptroller and Auditor General of India showed that indigenously built parachutes were ‘unsafe’ despite 13 years of development. Both Tejas and Arjun are still powered by foreign-made engines, and are works-in-progress.

“Arms self-sufficiency is the metric of absolute sovereignty and great power in the prevailing system of nation states. Not being an arms dependency will allow India the freedom to define its national interests expansively and be untrammelled by policy concerns of other powers,” says Karnad.

And, this progress can only take place through the rise of a private military-industrial complex, which can fuel the engine of war for when it is, inevitably, put to the test.