For the handful of Sikhs who remain in Afghanistan, life is torturous 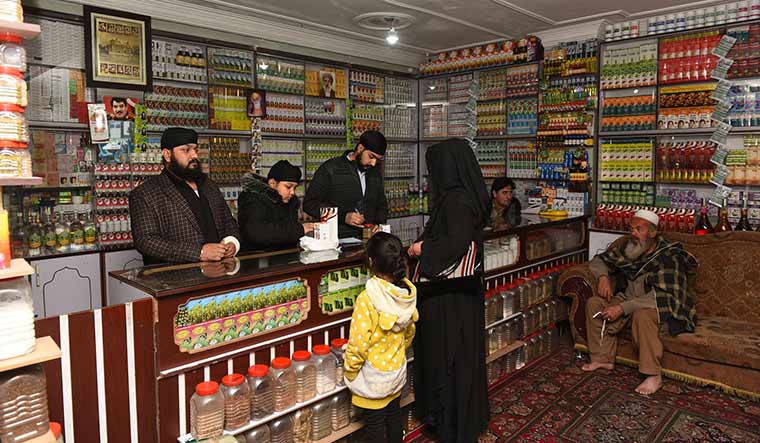 An apothecary at Karte Parwan is one of the last few Sikh businesses left on this commercial hub of Kabul. In its heyday, almost all the businesses in this district were run by Sikhs | Sanjoy Ghosh

Guru Nanak travelled through Afghanistan in 1521, on his return from Mecca and Baghdad. In this harsh, war torn country, Sikhs have lived ever since. Always a minority, always respected for their industry, and yet, always persecuted.

The last few Sikhs of Afghanistan are now clinging tenuously to a way of life that is almost not there any more. Last year, Awtar Singh was blown to smithereens along with several others in a suicide blast in Jalalabad, before the parliamentary elections. Singh was standing for elections for the reserved seat in the country’s lower house of parliament; the attack was targeted specifically towards the community. Undeterred, his son Narender Pal Singh (39) was later nominated to parliament.

Present-day Afghans take pride in the colourful mosaic of ethnicities and religions of the country. But, the harsh truth is that for communities like the Sikhs, this does not reflect in any positive way. A February 2019 study called ‘Survey of Afghan Hindus and Sikhs’ by the Porsesh Research and Studies Organisation of Afghanistan notes the harassment and discrimination the community faces on several fronts—religious, economic, security—and explains why the community has fled the country in droves. The urges the authorities and society to be proactive in helping the few Sikhs who still prefer to stay back home.

The paper says that most Afghan Sikhs converted to the faith from either Buddhism or Hinduism, two religions that were present before the advent of Islam, and still had adherents even after Islam became dominant. Thus, Afghan Sikhs have a unique ethnicity. The heyday for the community was in the early 20th century, under the Soviet-backed regimes, which didn't discriminate on the basis of religion. In fact, post 1947, the Sikh population actually grew in Kabul as many fled westwards from the newly created Pakistan, fearing religious persecution. They did not know what their descendants would face. 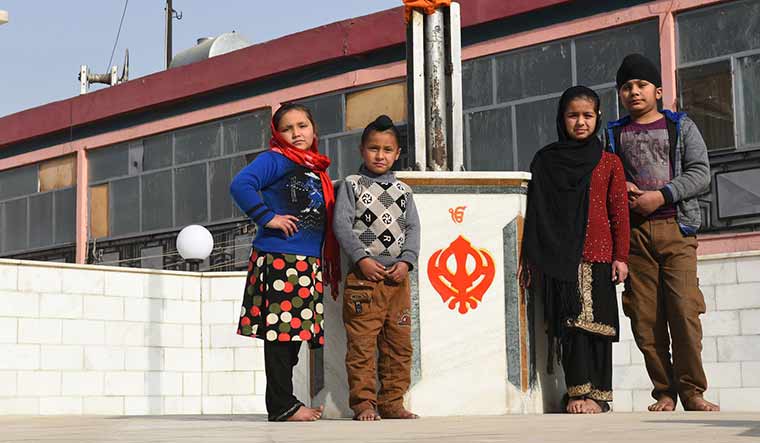 The bleeding began with the Mujahideen regime in the 80s, followed by the Taliban rule that . Thousands of Sikhs fled their homes to Pakistan and India. The better off went to Canada and the UK. The once vibrant populations in Nangarhar, Logan, Herat, Jalalabad, Kabul and Kandahar were soon reduced to a handful. “Once, Baisakhi was celebrated with a huge mela at Jalalabad, people would come from all over and the entire area would be covered with tents. Hundreds of marriages would be solmenised there,” reminisces Pal Singh, who fled Kabul in 1993 without even a roti to eat. A trader in New Delhi now, he has no plans of ever returning home. “That life is gone. It will never return.”

There were once nearly 70 gurudwaras in Afghanistan. Now, only a dozen are still functioning as such. Jalalabad has two gurudwaras of antiquity which commemorate Nanak's visit. One is the Chhota Saheb Patshahi, the other is Chashme Sahab, some distance away in a place called Sultanpur.

On a visit last to Kabul last year, this correspondent got a glimpse into the life of the community. In the Har Rai Gurudwara in Shor Bazaar, a young granthi named Harender Singh was giving lessons to a clutch of young boys and girls. Sikh children keep away from regular schools where they are harassed for being different. The government tried opening schools for the community, but with such few people left, it was simply not viable to have schools across the provinces.

According to Singh, a death in the community was a nightmare because the locals did not allow them cremation rights. One needed huge security arrangements to conduct a funeral. While the Muslim population says it finds cremations alien, the fight is also as much about grabbing prime real estate in the cremation ground.

In the Karte Parwan area, near the most bustling gurudwara, one sees a few shops, mainly apothecaries. Almost the entire market once was under the control of Sikh businessmen.

Actual figures are hard to come by, but estimates put the population of Afghan Sikhs at 1,300 or 250 families. A huge drop from a population of 2.2 lakhs in the 1980s.

According to United Nations Refugee Agency (UNHCR), 90 per cent of the 9,000 Afghan refugees in India are Sikhs. The unofficial figures may be even higher. But, living in India is not the beautiful dream that those left behind in Kabul think it is. The refugees are on extended visas, but they find it a problem to access several amenities. The NDA-led government's plan to grant citizenship to non-Muslim refugees from neighbouring countries who are in India before 2014, came as a ray of hope to these people. The plan, however, is on the slow burner for the moment.

These families try to retain some measure of their culture at home. The elders still speak Pashto, their food preferences are more Afghani. For the generation born and educated in India, however, those roots are an alien concept.

Meanwhile, back home in Kabul, the last remaining members of the community are making a final valiant attempt to keep a toe hold in the place where they belong. Success stories like that of Anarkali Kaur Honaryar, a dentist and former senator, are inspiring but rare. Will the country be able to retain the last of this unique community? Or like the Bamiyan Buddhas, will they end up only a memory?