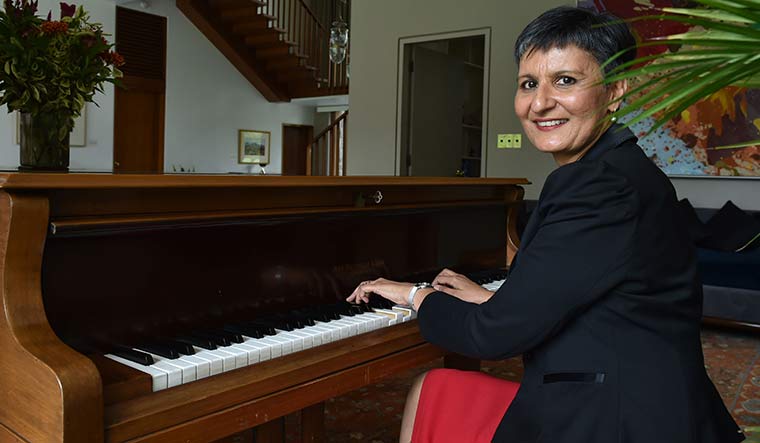 I was born in Singapore. My father was born in Punjab. My mother was born to Malaysian Sikh families. But when I was 10, we migrated to Australia. I was brought up in a traditional Sikh family. As a young child, even in Singapore, we learnt Gurmukhi and to read the scriptures. We were regular gurdwara attendees. My name was selected out of the Guru Granth Sahib, the traditional way.

At that time, Woolgoolga, a small town a few hundred kilometres north of Sydney, had the only gurdwara. I remember my parents taking us out on a holiday to see this gurdwara, which was a small building. We were so excited because it was our first visit to a gurdwara in Australia. So, having come from Singapore and Malaysia, where it was a fairly established community with gurdwaras and granthis [priests], we did not have anything [in Sydney].

The community [in Sydney] was very tiny, about 20 families. People got to know each other through word of mouth. My father says that if you saw another turbaned person in the street, you introduced yourself. It was a smattering of people from different places—from the UK, East Africa, Singapore, Malaysia and very few from India.

Families would gather and do kirtan [communal singing] on Sunday mornings. My mother learnt to make karah prasad at home, because where else would you find it? So, as kids, we looked for recipes and made it up as we went along.

By the late 1970s, my father with some of his friends found ways to pool their resources to build a gurdwara. Almost at the same time, in Sydney, three gurdwaras popped up. Dad and his friends travelled everywhere and raised funds to buy a piece of land that had a tiny white house on it. They removed some of the internal walls and created a makeshift space where we could hold the service on Sundays. At the back of the house was a garage, which was later converted into the langar kitchen. It was very makeshift. But that is where we all started.

Now without having a permanent granthi, everyone had to take turns in singing the kirtans. I had my signature shabad [hymn]—‘Tu Hai Mera Pitha, Tu Hai Mera Maata’ [You are my father, you are my mother]. It is my absolute favourite to this date. Because I played the piano, I always got the harmonium.

In retrospect, we came together out of the sheer desire to preserve and celebrate our faith. If you had to teach your children the faith, there is no other way to learn it; you have to learn it.

If you go to the gurdwara today, it is enormous. It is the Gurdwara [Sahib] Glenwood, possibly the largest in Sydney. There are many gurdwaras now to support a thriving community.

I am very proud of the part that my father and his friends played in founding the Australian Sikh Association and the gurdwara. All of them had the inclusive sense that anybody can conduct the service, that anybody can attend and pray. Anybody can eat the langar. It is an ethos, I think, that they continue to keep in the gurdwara. My father was involved in drafting the constitution of the gurdwara and he has made sure that those things have been preserved. I got married in the tiny white house. All the family weddings have taken place there, as have all the baptisms.

In those early years in Australia, people getting together on a Sunday was not just a religious thing to do, but also a way to reconnect with your community. Everybody was a migrant, everybody was feeling a little dislocated in Australia. It is not easy to go and live in another country. But for once a week, to come together, to share something that feels so familiar and to talk in Punjabi and to be able to tell jokes, I think that was a very precious time.

I think when Sikhs started arriving in Australia in the early 1970s, we were just so unusual. You did not see men in turbans anywhere. My father, I think, felt compelled to cut his hair to find work. It was not that people were overtly racist. I would not even say that he would describe his experience that way, but it was a pressure to blend in. I think my parents took the judgment in the end that they would not take the difficult path. They would try and take the easier path for us. But, privately and in the family, we kept our traditions. For example, our family does not celebrate Christmas. Many Sikhs who came to Australia adopted Christmas as a festival they would celebrate. But my family, and I remember this conversation as a child, said, ‘Well, we are not Christians and it would not be right for us to celebrate something that we do not really believe in. But we are Sikhs, so we will keep our festivals in the family.’ Diwali in my family is a big deal. It has been lovely because the next generation has adopted it. Each Diwali, my daughter, my nieces and nephews go to their nana and nani’s place.

[My parents] are very proud. It was only a few weeks before I was to take up the [high commissioner’s] role that I told them that I was coming here. I think it meant a lot to my father. He often tells this story of how he got a pair of shoes when he left the village. So, he basically did not have shoes while in the village. I remember, I went to pick him up at the Delhi airport when he first visited. I went in the car. What happens is that when my car enters the High Commission, the guards give me a little salute. For my father—he did not use these words so much—the sentiment was: ‘I left India barefoot and I have come back and people salute my daughter’. It was the leap that we have made in a single generation as a family that has been, for my dad, extraordinary. It is very grounding for me because I realise how fortunate I have been. So, it is my faith and my background that drives my sense of public service. It is what I do for a living, I always give back.