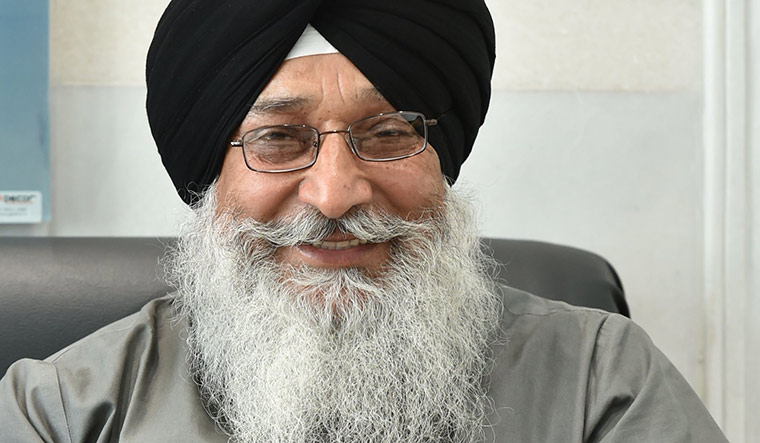 The [550th birth anniversary] is a chance to spread Guru Nanak’s ideology, and social media and technology are helping us spread the message fast. His biggest message is about the oneness of God. In a multicultural country like India, this message was first given by Guru Nanak.

He said naam japo (meditate on God’s name) and vand chhakko (to share with others). It seems very easy. This created a work culture in India. India was known as a country of bhikshuks, a country of spiritual seekers. People did not go into the army, nor did they kill animals. They did not like to work for a living, instead they preferred begging for alms. We had become slaves, and remained so for a long time. Guru Nanak’s ideology raised the slogan of sovereignty. He called Babur jabar (atrocious). When he attacked, [Nanak] opposed him. The first struggle for independence in India started in Eminabad [which was ransacked by Babur’s army].

To highlight respect for hard work, he went to the house of Lallo, a carpenter; he did not go to a rich man’s house. Sikhs have always been hard working. They have made a reputation for themselves in the world. Sikhs believe in one God. They do not believe in idol worship. Nor do they pray to posters. We believe in a God who is formless. We feel God everywhere. We want to spread this message of Guru Nanak.

Guru Nanak is the only person in the world whom everyone, regardless of religion, wanted to call their own and respect. When he chose to merge with the universe, his followers (Muslims and Hindus) wanted to divide his body. Hindus said that he was theirs; Muslims said likewise. For the first time in the world a prophet was given such an honour.

His message is also in the Golden Temple. Everything is symbolic. The water tank symbolises equality. Water is the best symbol of equality. Anyone can come and bathe here. There is no discrimination. There are no gates on any side. There is no temple in the world with no gate. Everyone can go in and bow their head. Everyone has the right to pray. You can worship any way you want. Everyone will be given the same prasad. There are only two restrictions: one is to cover your head, and the other to remove your shoes and socks. There are two reasons for that: one, in the Indian tradition, when you show respect to an elder, you cover your head. In the west, you take off your hat. The second reason is for purity and cleanliness. India has now started a campaign for cleanliness, but Sikhs have ben doing it from the beginning. You will never find any dirt in a gurdwara.

The opening of the Kartarpur corridor, the way it has panned out, is a miracle. We believe that it has been done by Guru Nanak.