The grand old party: A doable wish list for reform 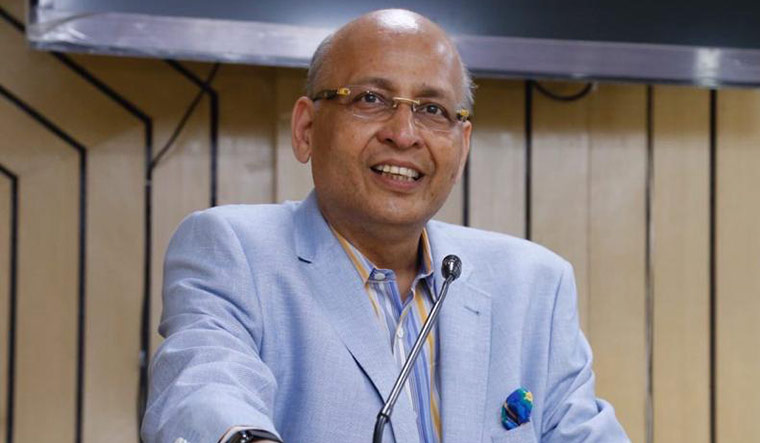 TO THE SEVERAL cynics, doomsayers and opponents who would like to sing a requiem for the Congress, the Grand Old Party of India just might give a wry smile and a wink and say, “The reports of my demise are highly exaggerated.” But for those within the party, who would like to treat this as a display of confidence and strength, I would equally say: Just like eternal vigilance is the price of liberty, drastic reinvention is the condition precedent for success, indeed survival, in this nasty, brutish and short (political) world.

The time for being diplomatic is over, because words must be an assault on the senses for reform to take root. The time for timorous souls to remain timid, equivocal or fear criticism from ill-informed/motivated quarters that a Congressman is criticising his party, should cease to be a deterrent, if indeed the good and well being of the party is in their hearts. It is in this spirit that I embark on the hazardous task of itemising my wish list for reform to regain the effulgence and legacy of this party.

First, the Congress has to remind itself of its core values and rededicate itself to them each day. These are that of a left-of-centre, semi-socialist and liberal party. Inclusiveness, celebration of pluralism (secularism having been abused by all ends of the political spectrum), the accommodation of diverse, even contradictory viewpoints, are all part of that core, with radical reformist approaches to social issues sitting harmoniously with seemingly centrist or even rightist emphasis on economic issues, if it is necessary for rapid national development. But all this has to be effectively communicated across India as the true identity of this party and repeated ad nauseam to embed it in the national psyche.

Second, the Congress must ruthlessly apply only two criteria for most, if not all appointments. One, what the entrant brings to the table by way of political “pakad”, real grassroots ability to galvanise the electorate into a cohesive movement. Second, organisational or professional or advisory or technocratic talent of a high order, coupled cumulatively with high peer and societal respect. These have to be applied unemotionally without fear or favour, without personal predilection, affection, malice or ill will. In a word, act purely on the merit of these twin criteria.

Applying this test, I would be less than candid if I did not say that large parts of the Congress Working Committee and of the list of general secretaries deserve radical overhaul. The days of purely geographical or caste considerations in a mega sense, without reference to what the individual, albeit within that rubric, brings to the table, are long over. India’s new demographic profile looks far more to the merit test with regard to these two criteria than the old “associational or connection” test. Many of the “glorious anonymities” who have willy-nilly found their way into these bodies with monotonous rotational regularity must be immediately replaced by those who satisfy this disjunctive two-fold test. 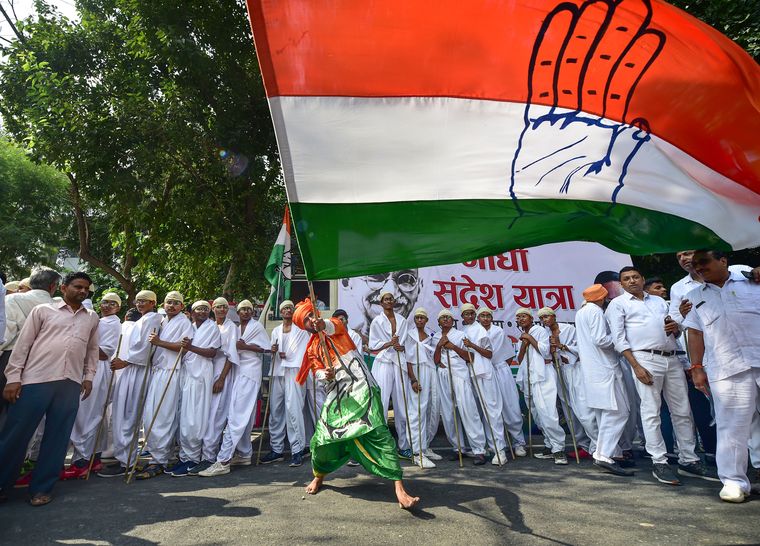 Hand in hand: A supporter waves the Congress flag at the party’s ‘Gandhi Sandesh Yatra’ in Delhi | PTI

Third, we have to take a decision now, not near the next parliamentary election, as to in which states we intend to coalesce and where we intend to practice ekla chalo, as far as Parliament is concerned. A similar but totally separate state by state decision must be taken with regard to state elections, years before those elections.

Fourth, once we are done with the latter, we must select two individuals in each state, after thorough, painstaking and ruthless merit-based research (for at least three months by a genuinely independent panel) to be the Congress mascot in each of those states for the next five years. They must be good orators, in Hindi and/or in the regional language and, once selected, must be backed to the hilt by the party, despite the inevitable cacophony of detractors (old guard or younger whippersnappers) who exist in all parties and see themselves as endangered species.

Fifth, choose the issue of your attack carefully and wisely and then go vertically to the hilt in your attack on the ruling party. Attack, as far as possible, the issue and not the person. Many issues are meant to be ignored, a few even to be appreciated/endorsed, but the ones you choose to attack, must be planned meticulously and executed faultlessly. The latter includes a press blitzkrieg, followed by urban-based smaller movements followed by street-level abhiyans, relentlessly implemented without exhaustion or ennui. Most importantly, without zigzags and frequent course corrections. Such comprehensiveness is frequently lacking.

Sixth, all pervasive over all the above is the need for discipline and unity. I have publicly appreciated the ruling party for sticking to a norm it makes and ensuring that even giants like [L.K.] Advani, [M.M.] Joshi, Shanta Kumar (and more recently the respected and amiable Sumitra Mahajan), along with many others, gracefully retire into the sunset. I am by no means advocating a 75 years Margdarshak Mandal—the point I am making is a much more basic one viz. of sticking to a norm without deviation and irrespective of personality.

Seventh, inevitably with the Congress’s supremacy in the national polity for decades, a lot of leaders (genuine and so-called) carry a lot of baggage. Frequently, much of it is uncomplimentary, whether in terms of probity, governance, efficiency, talent or lack of leadership potential. It has to be the top leadership’s headache to sift the grain from the chaff and ensure that such baggage is minimised or redeployed where it can cause least damage. Relatively cleaner leaders, without baggage, are the need of the hour.

Eighth, and more contemporaneously, the only way to arrest the present drift is to have, not later than eight weeks after completion of the forthcoming assembly elections, a full-fledged, genuine and comprehensive internal Congress election for the president, CWC and all posts at the apex level. May the best man/woman win. Only such an election will lend legitimacy to the elected and strength and vitality to the party to restart with renewed vigour the task of nation building.

The author is three-term Rajya Sabha member, senior national spokesperson for the Congress and senior Supreme Court lawyer.Views are personal.