Rahul will certainly return as president 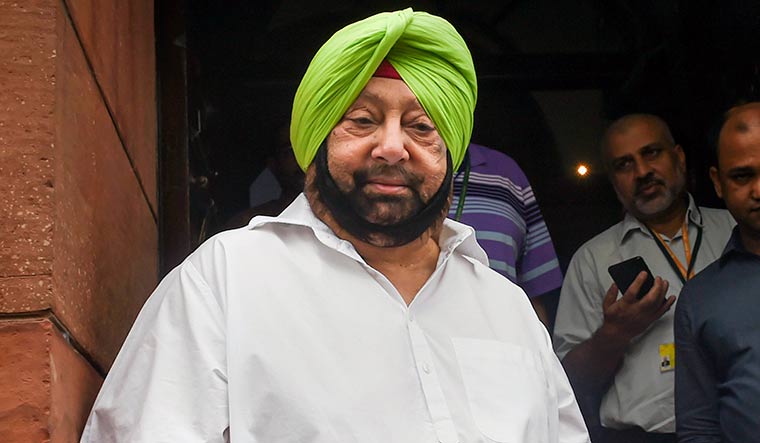 PUNJAB CHIEF MINISTER Amarinder Singh believes Rahul Gandhi will make a comeback as Congress president. In an exclusive interview with THE WEEK, the Congress veteran said Rahul evidently needed time to introspect and plan his next strategy, and once he was ready, he would be back.

Singh said Sonia Gandhi, who recently took over as interim Congress president, is leading the party as effectively as she had done before Rahul took the reins, and that the party would re-emerge stronger from its current phase.

He stressed there was no clash between the old guard and the young leaders. It was merely a difference of opinion, he said, and added that he was totally in favour of the youth leadership taking over to fulfil the aspirations of India’s young population. Excerpts:

Do you agree the Congress is going through its deepest crisis ever?

Not at all. Every party goes through its phases, and this is just a low phase for the Congress. These ups and downs are part of politics. We do not look at it as a crisis, but just a lean period in our journey—a time we are using for introspection and for rebuilding the party.

Should Rahul Gandhi have resigned as Congress president? Do you feel it threw the party into a deeper crisis?

I have continuously maintained that Rahul need not, and should not, have resigned over the Lok Sabha defeat. But he chose to take individual responsibility for the loss, and possibly needed some time to think through and strengthen himself for the next phase of his leadership. That is something I am sure will happen sooner rather than later. We all have different ways of handling the lows. This is his way of doing it.

There is no question, however, of his resignation plunging the party into a deeper crisis, as you have put it. Sonia ji is leading the party as effectively as she had done before Rahul took the reins, and the party will re-emerge stronger from this phase.

How have things changed since Sonia Gandhi took over?

See, there is no change in the ideology or direction of the party. Her taking over as president has served to fill the vacuum that was created for some time by Rahul’s unfortunate decision to quit. The policies, the values and the beliefs of the Congress remain as strong as ever, and, with her experience and leadership skills, she is guiding the party to its eventual resurgence.

Should elections to elect the next Congress president be held soon?

That is for the Congress Working Committee to decide. The important thing after Rahul’s resignation was to have a leader by consensus; the collective decision of the party leadership was to request Sonia ji to helm the party for the time being.

The Congress seems to be caught in a bitter feud between the old guard and the young leaders.

There is no feud, as you call it. Even I am the so-called old guard, an expression that the media is fond of using. And I am totally in favour of youth leadership taking over to fulfil the aspirations of India’s young population in the new, contemporary environment. What you are referring to is a mere difference of opinion; some feel experience is more important than youthful dynamism and energy. I beg to differ, as do some others. It is a matter of opinion, and eventually it will be resolved in favour of the majority opinion, which is how a democratic institution like the Congress functions.

It is felt that the senior leaders have now got a stronger grip on the party, and the young leaders are getting restive. Young leaders like Ajoy Kumar and Pradyot Burman have quit.

See, you cannot please everyone all the time. In every organisation, there are moments when tough decisions have to be taken, which are not liked by a section. Eventually, as I said, these things get sorted out in a spirit of give and take, in the best interest of the party.

What are the chances of Rahul making a comeback as president?

He will definitely come back to lead the party. Once he is ready, I am sure he will be back to steer the party with his usual drive and enthusiasm. The party’s rank and file, as well as the people of India, want to see him back in the role that he is more than ever capable of handling.