Never said I was leaving the party 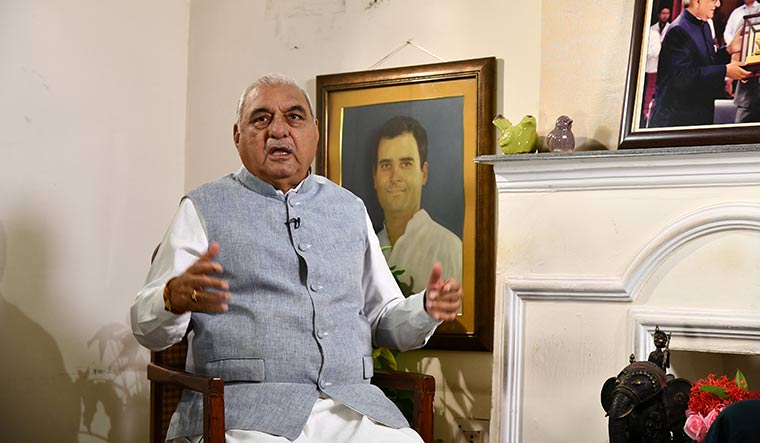 How well prepared is the Congress in Haryana?

We are fully prepared. After the organisational changes, Kumari Selja and I have held meetings with party workers in all 10 Lok Sabha constituencies. We are confident we will get majority and form the next government.

What are the issues in these elections?

Five years back, the BJP made exactly 154 promises. Not one was fulfilled. Farmers were promised an increase in minimum support price. But distress sale of crops is happening. The welfare schemes we launched for the scheduled castes were stopped. Traders were hit by demonetisation and GST.

Just a few months back, the BJP swept Haryana in the Lok Sabha elections.

The issues are different in state polls. The people will hold the [M.L.] Khattar regime accountable for its unkept promises. Haryana is now number one in unemployment and in crime.

The BJP is talking about Article 370.

Abrogation of Article 370 is now a law. Who can oppose the law of the land? We supported it. My party colleagues only criticised the manner in which it was done. They talk about nationalism. Are we not nationalists? My grandfather and father went to jail for the country.

The BJP says there will be National Register of Citizens in Haryana.

Why are they saying this on the eve of elections? Should they not have identified foreigners living in the state earlier? What is new in this proposal? This is the law of the land, that foreigners cannot live here.

The Congress is a democratic party where we are all entitled to our different views. But the party is one.

Then why was Ashok Tanwar replaced as Haryana party president?

There is a fixed term for any post. I was also state president, and then I was replaced.

You were on the verge of leaving the Congress.

I never said I was leaving the party. It was all media speculation.

But you held a rally in August, in which you were critical of the Congress.

I have been holding rallies for the past five years, and will address more rallies in future. This rally was no different.

Will the party project a chief ministerial face?

Wasn't there a delay in making changes in the Haryana Congress?

Yes, I agree there was a delay. But it is better late than never.

How have things changed since Sonia Gandhi took over?

Rahul ji also did a good job. Anybody who has become Congress president has done the best for the party. Sonia ji insists on our fighting the elections unitedly. She wants us to fight for the people and take up their issues.

How challenging is it for you to hold on to the Jat support base?

I am not limited to one area or one community. I belong to the whole of Haryana. I represent the interests of all 36 castes in the state.

What solutions will you offer to the farmers?

We will reduce investment costs. We will make diesel and electricity cheaper for them. We will fix the MSP as per the Swaminathan formula. A farm loan waiver will also be offered.

The opposition in Haryana looks splintered.

No other opposition party is expected to make an impact in the elections. We are contesting on our own. It will be a direct contest between the BJP and the Congress.

Are the CBI and the ED being misused against opposition leaders? There are cases against you, too.

A legal process is underway. I have full faith in the judiciary. Soon, the truth will be out.