India is poor, but BJP is rich 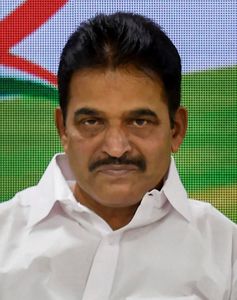 How are the preparations for the assembly elections going?

New Pradesh Congress Committee chiefs have been appointed in the poll-bound states. A balance has been made between senior leaders and junior ones. Various election-related committees have been formed in these states. In Maharashtra, we have finalised our alliance. In Jharkhand, alliance talks are on. We are going it alone in Haryana.

Hasn't the Congress lagged because of the leadership crisis?

No, not at all. In Maharashtra, the PCC chief and other posts were announced while Rahul Gandhi was president. In the other states, for example in Haryana, consultations were on. Sentiments of everyone had to be taken on board.

There has been an exodus of leaders from the Congress.

They left either because they were scared of the BJP or they were plain opportunists. They left the party in its difficult time. However, the workers are still there.

Congress president Sonia Gandhi wants the party to get into agitation mode.

The honeymoon period of the second [Narendra] Modi government is still on. So, it did not make sense for the party to get into agitation mode immediately after the results. However, the current scenario in the country is extremely worrisome. Economic slowdown is making the common man suffer. Now that three months are over, it is high time we hold street protests against the government.

What is being done to motivate party workers?

The party will train cadres across the country in a continuous, sustained manner. We will prepare a syllabus, [and] resource persons and coordinators will be appointed. This is expected to be a month-long process. We will [also] undertake an extensive membership campaign.

What are Sonia Gandhi's special directives to party men regarding the upcoming elections?

Soniaji has laid special emphasis on the leaders presenting a united face. To ensure that the state units work as a united force, she has met a vast number of leaders from the election-bound states. She has stressed on the party campaign focusing on the failures of the state governments as there is huge anti-incumbency.

But the BJP is talking about Article 370 and the National Register of Citizens.

The BJP is trying to divert attention from real issues. They did it in the Lok Sabha elections, too, raising the issue of nationalism.

Hasn't the Congress failed to find a response to the BJP's emphasis on nationalism?

The BJP's campaign based on nationalism did bear results in the Lok Sabha elections. But this is a temporary phenomenon. How long can they carry on with this kind of divisive politics? They will be exposed.

The Congress seems to be in the midst of a clash between senior leaders and the young leaders.

No, there is no clash as such. The young generation expressing itself is something that has happened in the past, too. But the party has a good balancing system to give weightage to the senior leaders and opportunity to the young leaders.

Will Sonia Gandhi be campaigning in these elections?

No decision has been taken yet.

What about Rahul Gandhi?

Of course, Rahul Gandhi will be addressing election rallies.

The upcoming elections are expected to pose a huge challenge to the Congress.

All elections are tough in a way. But in the current situation, I am confident that the people will opt for the Congress. The BJP has resources. The country is poor, but the economic situation of the BJP is very good. But money cannot always buy you votes.