Indian forces have a reputation for ingenuity, but modernisation is long overdue 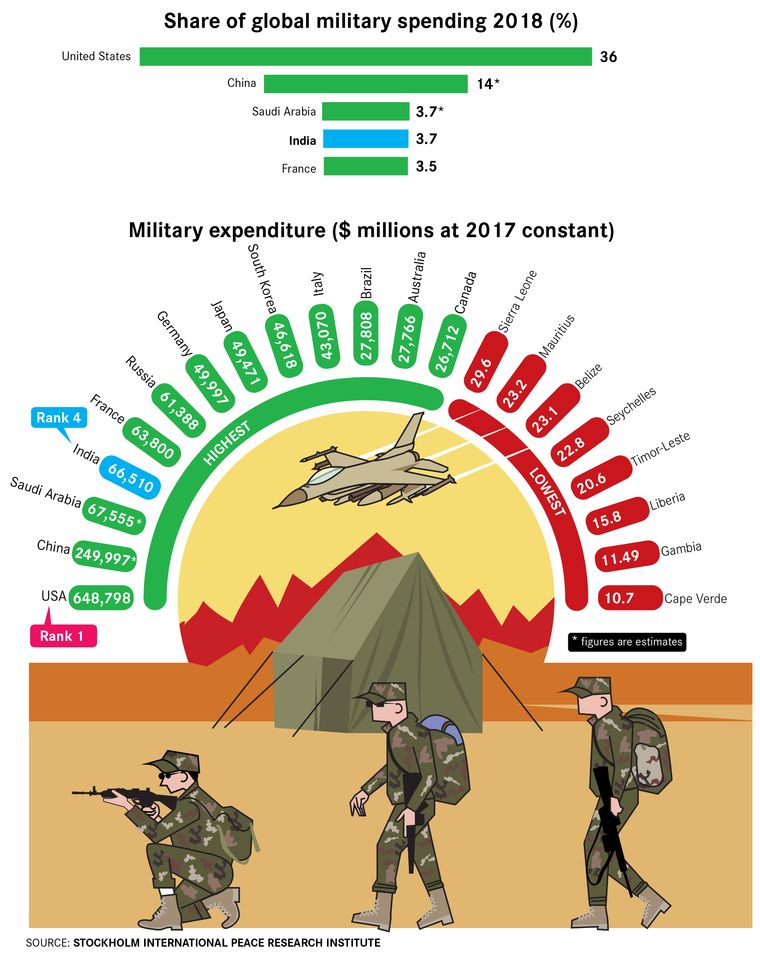 If Indian architecture and cuisine are a fusion of elements from across the world, our armed forces are no different.

In April 1989, Time magazine featured the warship INS Godavari on its cover, with the heading Super India, acknowledging the role of Indian military in thwarting a coup by mercenaries in the Maldives in November 1988. The Godavari, which participated in the Maldives operation, was designed and built in India and equipped with Russian missiles, Italian torpedoes and a Dutch radar.

This ingenuity—of incorporating technology from the east and west with an indigenous base—has come to characterise the Indian armed forces since independence. Call it the innate Indian tendency to be thrifty, the services have also believed in stretching their resources. The British creators of the Folland Gnat jet intended it to be an affordable fighter in the 1950s; the Indian Air Force used it in the 1965 and 1971 wars as a dogfighter that could punch above its weight. This spirit of innovation was also evident in the way the IAF modernised its Soviet-era MiG-21 fighters, one of which would claim a kill on a Pakistani F-16 in February.

The introduction of nuclear weapons in India’s national security narrative two decades ago has posed new questions for policymakers. In addition, the nature of the threats confronting India has evolved—the emergence of terrorist groups, proliferation of cheap surveillance drones and the capability of countries to cripple cyber infrastructure, to name a few. But the response of successive governments to these threats has been erratic.

Multiple major defence purchases for all three services remain stalled. Institutional reforms, such as the creation of the post of chief of defence staff to streamline inter-service coordination, remain unimplemented.

In 2010, strategic analysts Stephen P. Cohen and Sunil Dasgupta wrote a policy brief for the Brookings Institution, a think tank, on issues hindering India’s military modernisation. “Indian leaders simply have not seen the use of force as a useful instrument of politics,”they wrote. “This foundation of ambivalence informs Indian defence policy, and consequently its military modernisation and reform efforts.”

With the Balakot air strike, Prime Minister Narendra Modi demonstrated he could junk decades of self-restraint. Can he also shatter ambivalence on defence policy?

Interestingly, one of the main ‘battlefields’the Indian armed forces have been heavily engaged on in the past decade has nothing to do with combat. Humanitarian assistance and disaster relief (HADR) became part of India’s strategic lexicon after the 2004 Indian Ocean tsunami when the Air Force and Navy were deployed for rescue and relief efforts in the Maldives, Sri Lanka and Indonesia. When Cyclone Idai hit Mozambique in March this year, three Indian ships were among the first to extend assistance.

HADR missions are not just about soft power. They are integral to India’s strategy to retain and enhance influence among countries in the Indian Ocean rim amid continuing forays by China.