Sustainable development will not be an easy task 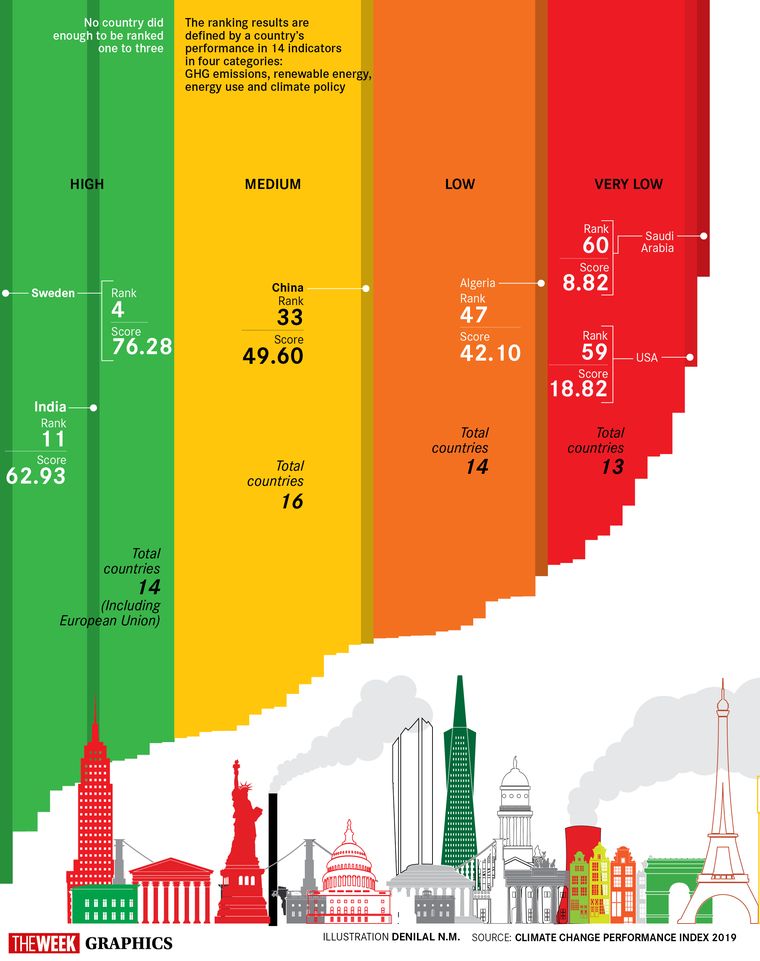 Atmospheric carbon dioxide levels stand at an all-time high of 414.7 parts per million, as of May 2019.

This data from Mauna Loa Observatory, Hawaii, which has the longest record of atmospheric CO2 (61 years) in the world, should be reason enough to take climate change seriously. But, for those from the Donald Trump school of thought, here are a few more facts. Each of the last three decades has been warmer than the previous; the warmest year on record was 2016. Weather-related disasters have more than tripled since the 1960s; they cause around 60,000 deaths a year. Two-thirds of the world’s cities with five million plus populations are at risk from rising sea levels. The facts staring us in the face could fill many books.

The Urban Climate Change Research Network’s report titled The Future We Don’t Want names a handful of Indian cities among the urban areas that would be most affected in future. Bengaluru, Chennai, Delhi, Jaipur and Kolkata are expected to experience regular extreme heat and water shortages. Chennai and Mumbai are the prominent Indian cities vulnerable to sea level rise. The only solution is to act now.

According to the Climate Change Performance Index 2019, climate action is not yet sufficient to limit global warming to below 2 degrees Celsius, and it has been more than three-and-a-half years since the Paris Agreement was adopted. The index evaluates the climate protection performance of 56 countries and the European Union, which are responsible for more than 90 per cent of greenhouse gas (GHG) emissions. It says that even if all countries were as committed as the current front runners, efforts would still not be enough to prevent dangerous climate change.

India has improved its rank by three places from last year to reach the eleventh position and has made significant strides in the renewable energy category. As per India’s second Biennial Update Report (2018) to the United Nations, the share of non-fossil fuel based electricity generation installed capacity has reached 35.5 per cent as of June 2018, against a target of 40 per cent by 2030. India is also the best among the G20 countries when it comes to energy use ratings. But storage technologies must improve.

A comparatively low per capita GHG emission still works in India’s favour. However, this is expected to go up as the country pushes for greater economic growth. The energy sector, which accounts for 73 per cent of emissions, will see huge demand. For instance, energy demands from buildings alone is expected to increase by 800 per cent by 2050. Sustainable development is not going to be an easy task and the government’s climate policy will have to be comprehensive to slow down emissions while continuing steady economic growth.

India looks set to achieve two of its three targets towards climate change mitigation by 2030: non-fossil fuel based electricity and reducing industrial carbon intensity by 35 per cent in comparison with 2005. But achieving the third one—2.5 billion tonnes of CO2 sequestration by planting trees—seems difficult. Time to plant trees like our life depends on it, because it looks like it may.