As we celebrate our Independence, how far have we progressed? Take a look

It was not a bad call at all. The professor, Prasanta Chandra Mahalanobis, had graduated with distinction in mathematics and physics from King’s College in Cambridge, was teaching at Kolkata’s Presidency College, and was a much-feted fixture in Bengal’s bhadralok circles. A connoisseur of literature and arts, Mahalanobis lived in a rambling mansion in Barrackpore, famous as Rabindranath Tagore’s favourite hideaway in Kolkata. The duo was apparently so close that the professor knew more about the poet’s canon than the poet himself did.

“Mahalanobis combined fluency in Sanskrit philosophy and Bengali literature with acrobatic ability in physics and statistics,” wrote the historian Sunil Khilnani in The Idea of India. “Intellectually, he was an awesome polyglot, the kind of man for whom Nehru was guaranteed to fall.”

Mahalanobis was also inquisitive, analytical and adventurous—qualities that prompted prime minister Nehru to summon him to Delhi and entrust with him with the task of planning India’s economic development. “I had only a very vague idea of planning when I first came to Delhi,” Mahalanobis said five years after he took the job. “From 1950, when I first started handling national income data, I began to learn.” 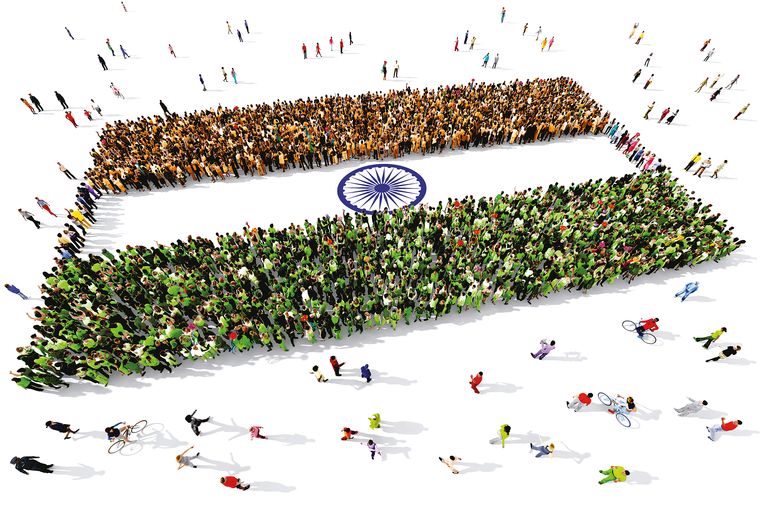 A quick learner, he started the world’s most audacious data-gathering exercise a year after he came to Delhi. For three years, he despatched thousands of government officials to the far corners of India to learn about how people lived, how they earned their livelihoods, the things they bought and traded, the money they saved, and so on. The National Sample Survey, which was thus completed in 1953, was the biggest household survey in history, and it rightly caught the attention of economists worldwide.

“No country—developed, under-developed or over-developed—has such a wealth of information about its people as India has in respect to expenditures, savings, time lost through sickness, employment, unemployment, agricultural production and industrial production,” wrote the American scholar W. Edwards Demings. “We in this country [the US], though accustomed to work in large large-scale sample surveys, were aghast at Mahalanobis’s plans for the national sample surveys of India. Their complexity and scope seemed beyond the bounds of possibility, if not beyond anyone else’s imagination. But they took hold and grew.”

And how indeed the surveys grew!

By the 1960s, the National Sample Survey had become the primary database for the government to frame policies and welfare measures. Mahalanobis and his team at the Indian Statistical Institute in Calcutta—which, incidentally, was co-founded by him and his math-loving friends in a set of rooms at Presidency College—developed a wide set of sampling methods and statistical analysis tools, which were later adopted by the United Nations and the World Bank. Mahalanobis himself became the head of the UN Statistical Commission, the highest body of the global statistical system.

Mahalanobis died in 1972, and last year was his 125th birth anniversary. His name is not as well-known in India now as it deserves to be, but the tools he developed continue to be used by grateful statisticians across the world. And especially by international organisations that assess issues like poverty and migration, and publish indices that rank countries based on their performance in fields like education, gender equality, health and happiness.

In the following pages, THE WEEK takes you through several such indices, which have been meticulously prepared by independent, international organisations. Together, these indices hold a mirror up to India. The question they answer is as basic as the one Mahalanobis asked himself in the 1950s: Where does India stand now, and how far should we go further? The pages provide answers the way the great professor would have preferred—through facts and numbers, all vividly visualised for easy understanding.

The spread of indices is eclectic, because THE WEEK has tried to touch upon every aspect that directly influences people’s lives or determines the way forward for India. More importantly, it also answers a silly-but-serious question—how well are we keeping up with the Joneses of the world?