The film offers enough pointers for redefining love and respect 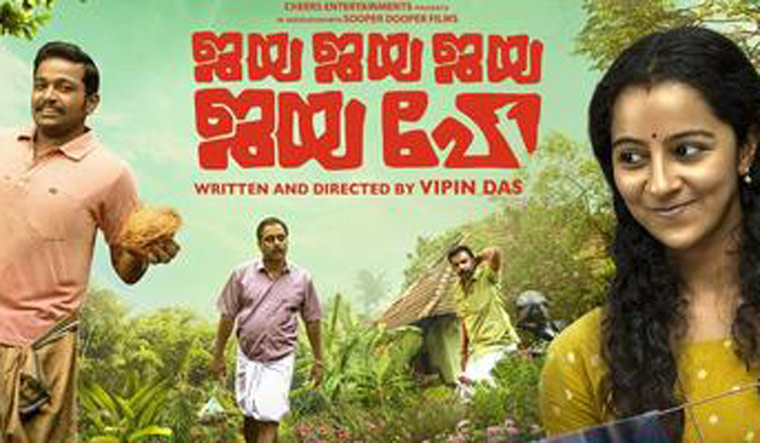 Jayabharti (Darshana Rajendran) is an average middle-class Indian girl, whose fate is decided by the men around her. From career to marriage, everything is planned for her to "protect" her. Her father wishes to bring her up like Indira Gandhi, but he is reminded by her uncle Mani (Sudheer Paravoor) that the girl's “hair should be grown long or she won’t get good prospects for marriage.”

When Jaya attempts to get out of her suffocating small world by choosing her love interest—a toxic man who wants to tame her, played by Aju Varghese—her family is infuriated and forces her into an arranged marriage. The husband, Rajesh (Basil Joseph), turns out to be an abusive and toxic man.

‘Rajbhavan’ is the world of Rajesh, and he controls every factor in it. He snaps at his mother, occasionally body-shames his sister, and gets angry when he sees his wife having a relaxed time. He is the epitome of toxicity, but Jaya cuts him down to size by making it hard for him to continue with his exploits at his home. She also comes up with a strategy to end his physical violence.

A hilariously told tale of a man's fragile ego, the film gives the audience enough pointers for redefining love and respect. Jaya Jaya Jaya Hey, thus, can be interpreted as cheering for Jaya's strong will to survive in a male dominant world.

Directed by Vipin Das, the movie is set in Kollam, giving the audience enough glimpses of the lushness of cashew trees, and exploring the lifestyle and mannerisms of the people there.

The cast of Jaya Jaya Jaya Hey has come up with wonderful performances, making the characters easily relatable. Even though the end might appear a little rushed, the movie offers viewers something good to take home.