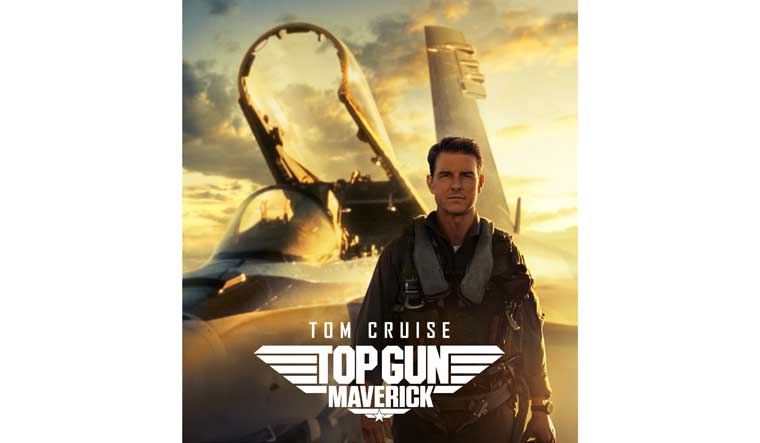 To give credit where it is due, the choreography of the scene is breathtaking and it is so engaging that you don't get time to think about the improbability of what is unfolding before your eyes. And that pretty much sums up the entire movie. The final mission is near-impossible; but if anyone can pull it off, it is Tom Cruise's Captain Pete "Maverick" Mitchell.

The plot is utterly predictable and filled with plenty of fan service. But that still does not make it boring as the less interesting part—the story—moves along fast. The editing has to get at least some credit for making sure that the movie remained engaging, especially when you consider that more than 800 hours of footage was shot. The editor is Eddie Hamilton, whose credits include the Mission Impossible series and the Kick-Ass and Kingsman movies (two each).

The cinematography by Claudio Miranda, who won an Oscar for Life of Pi and was nominated for The Curious Case of Benjamin Button, is stunning. The flight sequences are immersive and also authentic. The focus on the strain of flying at high speeds and the challenges posed by gravity is refreshing. The visual effects, which we know have helped elevate the shots, are difficult to spot, as they should be.

The performances are all convincing, if not extraordinary. Cruise is, obviously, in his element and also handles the emotional scenes well. Milles Teller excels in his supporting role as Lt Bradley "Rooster" Bradshaw, son of Maverick's late best friend Nick "Goose" Bradshaw. Val Kilmer and Ed Harris shine in their cameos. Jennifer Connelly stars as Penny Benjamin, seemingly the admiral's daughter teased (referenced, but not shown) in the original.

Top Gun: Maverick is an absolute must-watch for fans of Top Gun (1986). For others, too, it is well worth a watch. But, it has to be seen on the big screen and watching the original would help you to fully comprehend the references and jokes.