Bachchan Pandey review: Will the OG please stand up? 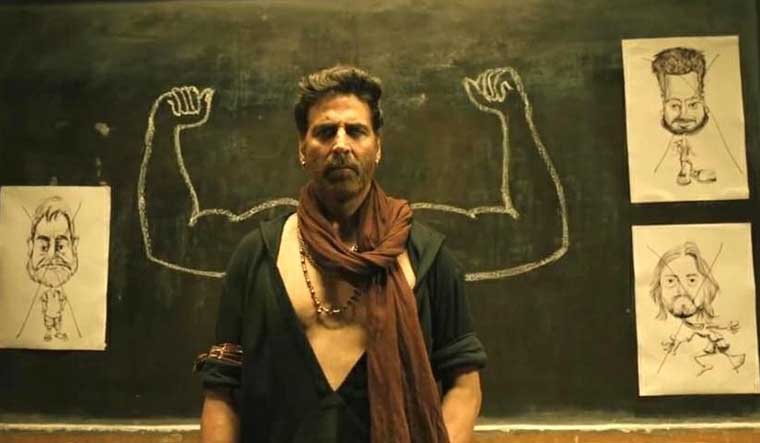 Let’s play a game. Which was the last Bollywood remake of a south-Indian film that was better than the original (forget box office collections)? Your time starts now.

While you are at it, let me remind you of the godfather of remakes in Bollywood – Priyadarshan. The veteran director has not only put his own hit films to the sword, but also condemned those of other filmmakers to the same fate. (His unforgivable sin remains the remaking of the Malayalam cult classic, Manichithrathazhu, into Bhool Bhulaiyaa).

Akshay Kumar was Priyadarshan’s partner in crime in it, reprising the lead role made iconic by none other than Mohanlal. From Bhool Bhulaiyaa to Khatta Meetha to Garam Masala, Kumar has played the lead in several of his films. But the actor didn’t stop at Priyadarshan, sadly. Kumar starred in other remakes like Boss, Rowdy Rathore, Holiday, Gabbar is Back, Laxmii….

Bachchan Pandey is Farhad Samji’s humble offering to that list. Kumar plays the dreaded gangster Bachchan Pandey, while Kriti Sanon plays Myra, an aspiring filmmaker, who decides to direct his biopic. How she overcomes the challenges and whether she and Pandey get what they desire in life, is what Bachchan Pandey is all about.

The film is an ‘adaptation’ of Karthik Subbaraj’s genre-bending 2014 Tamil flick Jigarthanda. Siddharth played the lead in it. The film won two National awards, including the one for best actor in supporting role to Bobby Simha.

So, how does Samji fit Jigarthanda into the Bollywood template? First, put Bachchan in the title to grab the eyeballs (even the stone ones, like B.P. has!). Is there a connection? You wish. Next, get THE REMAKE MAN on board as the dreaded gangster, and put him in a fictional place (play it safe, you know) north of India, and give him an “Awadhi” accent which is neither here nor there (all these, with the wild west music in the background). Give him a random back story, sensible or not. Throw in a couple of songs – one to show Pandey’s villainy and the other… er… Samji alone knows why. Next, bring in the ravishing Sanon and Jacqueline Fernandez to brighten up the frames. The perennial sidekick – a wasted Arshad Warsi, here – yes. And, finally, the stereotypical comic relief – Pankaj Tripathi as Bhavesh sir.

Yes, Bachchan Pandey is designed to play to the galleries. Kumar, with his swag and energy despite the age, is sure to give his fans several claps-and-whistle moments. Sanon, too, has put in a commendable performance. She is more than just a pretty face in the film, and holds her own against Kumar. Warsi (made me miss ‘Munnabhai’ as the gangster, with ‘Circuit’ in tow) and Tripathi try hard to make us laugh, and they have our sympathies.

With six writers (and that’s excluding the original one, which was Subbaraj!), Bachchan Pandey is a classic example of too many cooks doing you-know-what. Even the ‘twist’ fails to save this one.

Time’s up! Hera Pheri, you say?