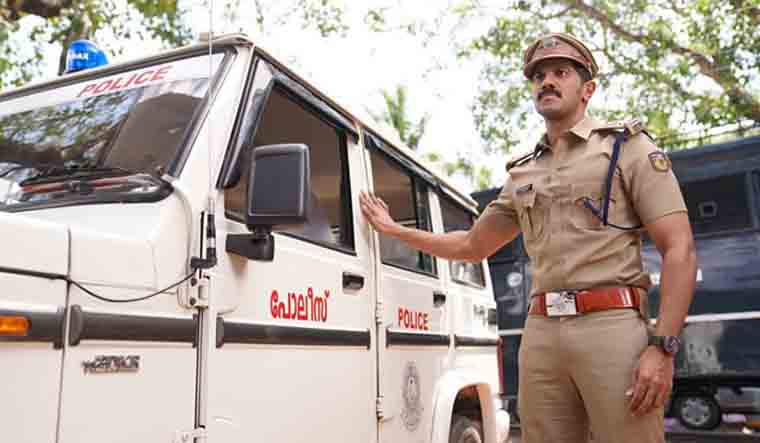 The men in khaki in Malayalam film industry have more often than not been depicted as opposite ends of the spectrum. So, we either had ‘near-perfect’, moustache-twirling cops, bristling with masculine pride, or those who were evil-personified. An ordinary cop was a rarity, and was often confined to the sidelines.

The ‘new wave’ in Malayalam cinema, however, changed it for the good. In the past few years, we had films like Action Hero Biju (to some extent), Thondimuthalum Driksakshiyum, Nayattu, Unda and Kurup depicting real-life issues the policemen face, both professionally and personally.

Rosshan Andrrews’s Salute belongs to this category, but that’s where the similarity ends sadly. Sparks were expected to fly, with Dulquer Salmaan and Andrrews combining with ace scriptwriters Bobby and Sanjay. But what we get is a tepid investigation drama stretched over 142 minutes.

Aravind Karunakaran (DQ), a smart, young SI with ideals, considers his elder brother DySP Ajith (Manoj K. Jayan) his idol. But a botched probe into a double murder drives a wedge between the siblings. Whether Aravind succeeds in finding the real culprit (who has shades of Kurup in him!) and the brothers reunite, forms the rest of the story.

With a storyline like this, it was up to the cat-and-mouse game, or the one-upmanship between the brothers who are also cops, to keep the audience on the edge of the seats. But there are hardly any surprises—you can tell the turns (no twists, sorry) from a mile away. The script meanders from one situation to another, thanks to one coincidence too many.

One of the few positives is how the trials and tribulations of police job are shown without any melodrama.

The biggest let-down was, probably, how a good cast was wasted. DQ and Manoj K. Jayan almost sleepwalk through their roles. Veterans like Indrans, Saikumar and Alencier Ley hardly have anything substantial to do or say. Promising newbies like Saniya Iyappan and Deepak Parambol are given blink-and-you-miss roles. And it beats me what Diana Penty was doing in this film! She is as unconvincing as Sobhita Dhulipala in Kurup and does not even get as much screen time (thankfully).

Salute does not have the thrills of a Traffic or Mumbai Police (both written by Bobby and Sanjay), nor the criminal creativity of Kurup. With a bit more depth into the background of the main characters and an engaging cat-and-mouse game, it could have been much more than a one-time watch.