Prabhas and Pooja Hegde sleepwalk through their roles 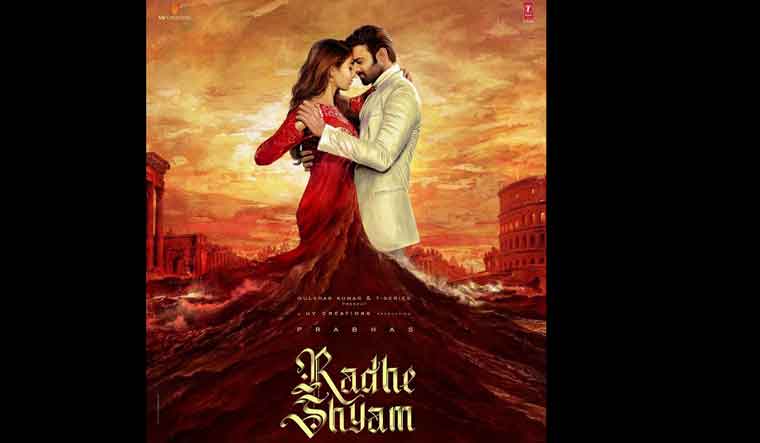 Can there be belief systems worse than superstitions? Try the heady concoction of pseudo science, shallow philosophy and religion that argues that everything is pre-determined. Radhe Shyam is all about this, with a love story set in a world ruled by these.

The movie begins with a seer, played by Sathyaraj ridiculing a scientist because the latter questions the pointlessness of deciding the ‘right time’ for launching a satellite into the space. The pseudoscience the all-knowing, palm reading blind astrologer spouts would put even a certain bike-riding modern mystic to shame. According to him, palmistry is “99 per cent science”. This ridicule of modern science is a constant refrain throughout the proceedings. Gratefully, one percentage possibility is given to actual science, chance, and everything else there is because the show must go on, and you need to have some sort of unpredictability in the proceedings.

The protagonist, Vikramaditya (Prabhas) is a palmist; he is hugely popular and the best there is, so much so he is called the “Einstein of palmistry”. Vikramaditya meets the then prime minister Indira Gandhi and casually tells her that she would be declaring the Emergency. But Vikramaditya isn't your average saffron shawl wearing palm reader. He is a playboy, and wears this proudly on his sleeve. He has ‘flirtationship’ (because to call it fling is meh!) with every other beautiful girl that he meets.

The man lives in Rome with his mother, and there, he meets the beautiful Prerana (Pooja Hegde). She is the quintessential commercial movie heroine—the do-gooder, wide-eyed girl often seen in the company of children, and whose idea of an expletive seems to be “monkey fellow”. As with every commercial flick, it is love at first sight.

They flirt a bit, he stalks a bit, and when he realises that she may be attracted to him, she tells about how he is all about flirtationship’ (goddammit, just say fling). She doesn't seem to mind much, because she has something to hide.

When the moment of her reveal comes, he won't go for it because the man can “see” the future. He rubbishes most of modern science, because why bother with decades of accumulated knowledge from observation, experiment and research when all that is to be said and done ahead is already in the palm of your hand. The film goes on to explore how the girl and boy struggle against their pre-determined fate while staying in love.

The director, Radha Krishna Kumar, had said it took him 18 years to complete the script. The plot, however, lacks depth and nuance, and the characters are devoid of intricacy. I wish he also had read a few books on science during those 18 years so that he would desist his constant need to deride scientific thinking and glorify pseudo-science. And, when the director, with much difficulty, tries to admit that all that is written in your palm or any other part of your body (just clubbing palmistry with Rumpology for the heck of it) or in the stars, can be proven wrong, he carefully avoids calling the “99 per cent science” baloney.

The leading duo of Prabhas and Pooja Hegde sleepwalk through their roles, as the plot does not give them much to perform except to look good most of the time, and a bit desperate occasionally.

Sathyaraj looks the part and does what is expected, ie. be the all-knowing sage who is occasionally shocked, and Bhagyashree as Vikramaditya's mother is, well, a doting mother. She is a dancer too. And that's about it. Jagapathi Babu is wasted in the role of a billionaire wanting to be a politician. The director brings him in, makes him look like he might go against Vikramaditya because he hates the hero’s guts, but gives him a quiet exit which in no way affects the plot. The role is just there to reiterate the “science” that you really can’t escape what’s on your palm!

There is plenty of pastel colours in the movie, in fact it is all about pastel colours, grand palaces, good looking people, until the very end when all things become a bit dark. Well, it is a happy world (almost), but the overuse of the color-tone takes away even the last bit of realism. The cinematography is commendable, especially in the climatic sequence, which is the only attractive part of the entire proceedings.

Radhe Shyam is touted as a musical love story, but S. Thaman's composition is at times too loud, and other times too commonplace. There isn't any tune that will stay with you when you are walking out of the cinemas.

Radhe Shyam is for you if you just want to sit back, look at two good looking people, and some beautiful locations without giving much thought about plot or the absence of it!