Bhuj: The Pride of India review: Jingoism drowns out the nuance in this Ajay Devgn starrer 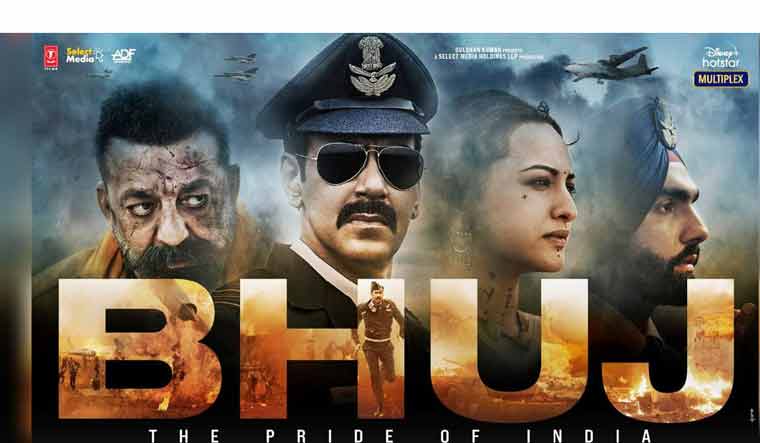 At the centre of Bhuj: The Pride of India is a wonderful theme – 300 villagers, mostly women, helping rebuild the IAF airstrip in Bhuj, which was destroyed in combat during the 1971 war, under the leadership of Squadron leader Vijay Karnik. Made well, the premise had all the ingredients of a wonderful film – pathos, fear, vulnerability, courage and patriotism. Unfortunately, in his bid to melodramatise the plot, director Abhishek Dudhaiya has bleached it of its intrigue.

The film begins with an air raid of the Bhuj airstrip by Pakistani fighter planes on December 8, 1971. As the Pakistani army advances to capture the Bhuj airbase, Karnik has less than 72 hours to rebuild the airstrip, in order to get reinforcements. Short of manpower, he is forced to seek the help of the women, who, led by Sunderben Jetha Madharparya (Sonakshi Sinha), valiantly rise to the task.

The film is a vehicle for nationalism, and lines like "I live to die. I am called a soldier’ and ‘Marathas know only two things: to kill or to be killed" only highlight this. The jingoism is so overwhelming that it drowns out any other nuance in the characters. You don’t get a sense of who they are other than die-hard defenders of Bharat Mata. As for Devgn’s performance, only two things were required of it – the art of walking in slow motion and the art of maintaining a facial expression of hyper-masculine bravado. Devgn excels in both.

Despite this, the action sequences are impressive, especially the aerial combat scenes, and a nail-biting climax involving a plane landing on the newly constructed airstrip with its front wheels supported by a truck driven by Devgn. You need to suspend disbelief to enjoy it, but then, that is a requirement for the whole movie. If the subject had been treated with more truth and less bluster, the film might have made for a thrilling watch. Simple honesty is often more dramatic than contrived melodrama.

Film: Bhuj: The Pride of India