ONE review: This Mammootty-flick ticks almost all boxes

Mammootty lends the gravitas that the character 'Kadakkal Chandran' deserves 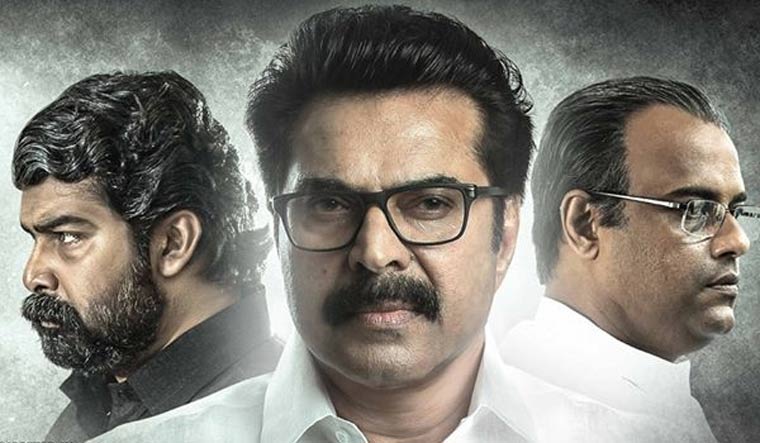 There's 'right', and there's wrong. In every walk of life, and everywhere else. In fact, there are two types of 'right'—one, the 'right' by logic, and the other, what one conveniently perceives as 'right'. Santhosh Viswanath's ONE is essentially a conflict between these two 'right'. And at the centre of this political thriller is an idealistic chief minister who is determined to do what he feels is right—by logic and by perception.

At first glance (especially from the trailer), ONE might seem like yet another political film with its share of fiery dialogues capable of whipping up political emotions, a game of one-upmanship between parties on either side of the clearly-defined political divide, with a predictable climax.

But this is where the promising writer duo of Bobby-Sanjay manage to pleasantly surprise the audience. ONE has its share of thrills and goosebump moments (aided perfectly by Gopi Sundar's catchy BGM) but it has a thought-provoking theme at its heart, and steers clear of major cliches. The duo seem to have taken inspiration from some events and personalities in today's Kerala politics, but have consciously stayed away from giving them any obvious hues—be it red, blue, green or saffron. And rightly so.

Apart from the writing, what works in the film's favour is the stellar cast. Viswanath, whose first film was 'Chirakodinja Kinavukal'—the first spoof in Malayalam cinema—has pulled off a casting coup of sorts in his second outing. Mammootty as the CM, Kadakkal Chandran, or the No. 1, is brilliant. The veteran actor lends the gravitas that the character deserves, without giving it a larger-than-life treatment. One moment Chandran is a no-nonsense CM who administers with a firm hand, and the next, he is as human as one can be. And Mammootty portrays both with the subtlety only he can. Chandran commands the respect and fear of not just his own party members but also the opposition benches. The way the CM deals with hurdles in his political journey is also a pointer to the change in dynamics on the ground in real-life politics.

The film, however, is not all about Mammootty or Chandran. Murali Gopy as Jayanandan is a revelation. The scriptwriter-actor has turned a corner as an actor, and after 'Drishyam 2', has delivered yet another powerhouse performance. Joju George, too, as Babychan holds his own among the stalwarts. His friendship with Chandran and his responsibilities as the party general secretary often put him in conflict zone but the man knows where his heart is, and Joju pulls off the character with aplomb.

But the film's strengths are also what pulls it down in places. For instance, the sheer number of characters, and the brilliant actors roped in to play them, make it difficult to be weaved in seamlessly to the storyline. Some may seem wasted, while others don't get the closure they deserve.

The writing, too, takes a hit in the second half as the unexpected twist before the interval remains hardly explored later on. There's a brief lull when the scriptwriters seem to be making up their mind to bring the film to a meaningful climax, before the film picks up pace again and strides confidently to the finish line.

The film may sound preachy at times but in this politically charged atmosphere, it might be the need of the hour. With Kerala going to all-important assembly polls on April 6, the 'right' to vote is one right the people can exercise decisively to choose between the two 'rights'.