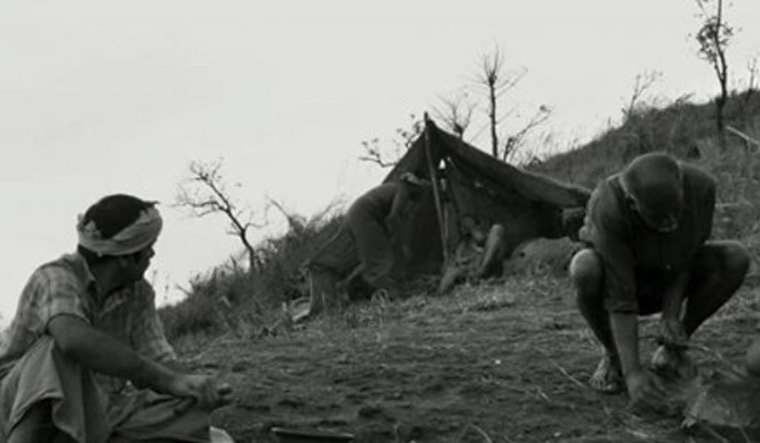 Sibling bond or rivalry is the central theme in several stories in the Bible. Such a conflict had resulted in the “first murder”, according to the book of Genesis. The Old Testament has stories of sibling duos like Cain and Abel, Esau and Jacob, Er and Onan. The New Testament too has a few siblings, most popular of them being Simon, Peter and Andrews, and James and John. The parable of the prodigal son, appearing in the Gospel of Luke, also has sibling relationship as a subplot.

Acclaimed filmmaker Don Palathara (Shavam,Vith), is someone with a penchant for placing his cinema against a Christian backdrop. His third film, 1956, Central Travancore, is the story of two Syrian Christian brothers—Onan and Kore—who try their luck in the High Ranges of Kerala. The film's protagonists aren't directly inspired from any of the sibling duos in the Bible. Nonetheless, 1956… seems to have a connection to the recurrent Biblical motif of the sibling relationship. In majority of the Biblical stories on siblings, it is the younger brother who causes the conflict. In 1956… too it is the younger brother Kora’s tough financial situation that forces the brothers to attempt an adventure in the wilderness.

1956… is set in a period just before the land reforms in Kerala that brought drastic changes in the socio-economic structure of the state. The film starts with a static shot and a monologue about a strange custom among the Christians in a Tamil-dominated area. It is one of the several subplots in the movie that may not have a direct connection to the main plot of the cinema. The most appealing factor about this film is its writing that packs all these stories into a single unit. The movie seeks to find the truth about the oral traditions and lores of a foregone era, and thereby questions the validity of historical narratives. The protagonists would find that the “reality” they have to face is far different from what they have heard as “truth” in the stories.

The director uses more static shots at different junctures and offers an immersive experience to the audience— something like a fourth-wall-breaking, in reverse. In one of these static shots that would last more than four minutes, Onan is speaking to a woman who is sitting in a treehouse. The conversation that begins as flirtatious ends as an insult. You don't get to see the facial expressions of any of these characters, but the director lets you experience what happens between the charterers through their voice modulations and pauses.

The characters in the film are complex, and cannot be boxed as black or white. Onan is the one with most dialogues. A typical conservative Syrian Christian, Onan’s egoistic and chauvinistic attitudes come to the fore at times. He hates migrants, but the epilogue of the story tells that Onan and Kora would make a migration to the High Ranges.

The main plot of the film starts when Onan accidentally finds Kora in the High Ranges. He wants to take his brother back home—'a return to home/ homeland’ is again a recurring theme in the Bible. However, Onan is not ready to pay for Kora’s debts. Instead, he suggests an illegal way to make some “easy money”. Onan wants to prove to others that he is morally superior, brave and knowledgeable. He speaks in parables, and at times his parables sounds more like an insults to others.

The cinema captures the language and vocabulary of Central Travancore in the 1950s and the ethos of Syrian Christians of that era. Just like his previous feature-length films, 1956… is also shot in black and white. The cinematography by Alex Joseph is top class. One notable feature in the cinematography of this movie is that it makes the audience forget about the presence of the camera. Besides, the intelligent use of sound design elevates the immersive experience that the director seeks to offer.

The editing of the film follows an unconventional style, and there no intentional effort to establish the characters. Instead, the cinema allows the characters to get etched to the mind of the viewer in a more organic form, in a deeper way.

1956… is a complex film that demands multiple watches. Each time the stories embedded in it would offer new insights and revelations.