Sufiyum Sujathayum review: An illusion worth 'listening' to 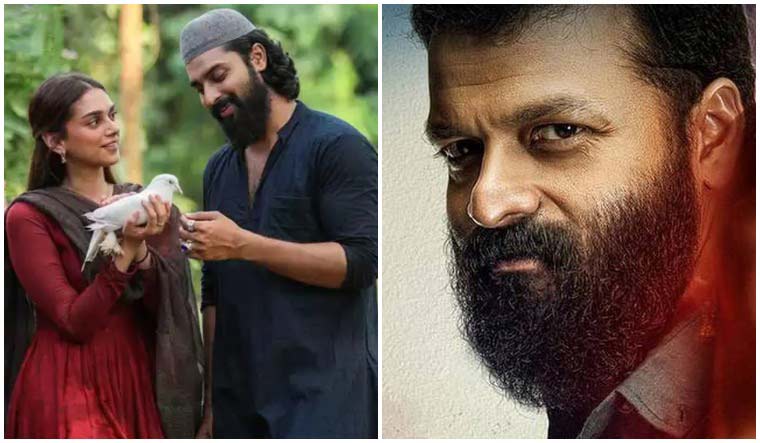 "When in deep sleep, there is no untouchability, no caste, no religion, no anger, no sorrow, no hatred... only the Almighty. All these are mere illusions of the sleepless folks...."

In a land full of such sleepless folks, can Sufi and his Sujatha slip into a deep and easy sleep?

The concept of 'love jihad', though, spoken in hushed and not-so-hushed tones in this part of the world, has not been explored much in Malayalam cinema, with the exception of, possibly, the critically-acclaimed Kismath.

But Naranipuzha Shanavas's Sufiyum Sujathayum is no Kismath. It was never meant to be. It is more of a musical journey, through a small-town, possibly near the Kerala-Karnataka border, with its own rustic charm, beautifully framed by Anu Moothedathu. And whether the protagonists manage to attain closure, 10 years down the line.

The music is brilliant, and is the saving grace. M. Jayachandran has invoked the Sufi spirit admirably, though, at times, the repetitive 'Roohi' in the background reminds one of the iconic BGM in yet another 'forbidden love' saga, Ennu Ninte Moideen, where it was used more aptly, perhaps.  To his credit, Jayachandran, right from the azaan to the clarinet portion, manages to give goosebumps to the listener.

The discordant note, however, is the writing. Shanavas, who is also the scriptwriter, fails to add depth to either the plot or his characters. In fact, the love itself between Sufi and Sujatha, which is the bedrock of the film, is woefully under-explored. As a viewer, it is difficult to believe that their love transcends boundaries of time.

The absence of any real conflict is yet another sin that Shanavas the scriptwriter commits. A Sufi saint, on a spiritual quest, falling for a 22-year-old girl, must cause some inner conflict, right? But not in Sufi. Even Sujatha, who has been raised in a conservative upper-caste household falls head over heels in love with the saint at first sight. Agreed that he whirls like a dream, and she is an angelic beauty, but is that enough for these two to behave like lovestruck teenagers? Even the 'love jihad' angle makes only a guest appearance or two, after promising much.

The loopholes in the script affects the actors, too. Debutant Mohan, reportedly, trained for nine months to get the whirl of the Sufis correct, and even learnt Arabic. But his character is mostly one-dimensional, and, as a result, he looks promising only in patches.

Jayasurya, in an extended cameo of a suffering husband Raveendran, does justice to his role but the same cannot be said about Hydari, who sticks out like a sore thumb. Though the language barrier is taken care of by casting her as a speech-impaired girl, she struggles to not only look the part, but also fit into the role. And it's not solely her fault. Despite being a proven actor and a talented dancer, Hydari disappoints as Shanavas's Sujatha.

With a tighter script and proper casting, perhaps, Sufiyum Sujathayum would have been much more than just the illusion it turned out to be, for the sleepless folks who logged in at midnight to catch the exclusive premiere.