'Good Newwz' review: An entertainer through and through 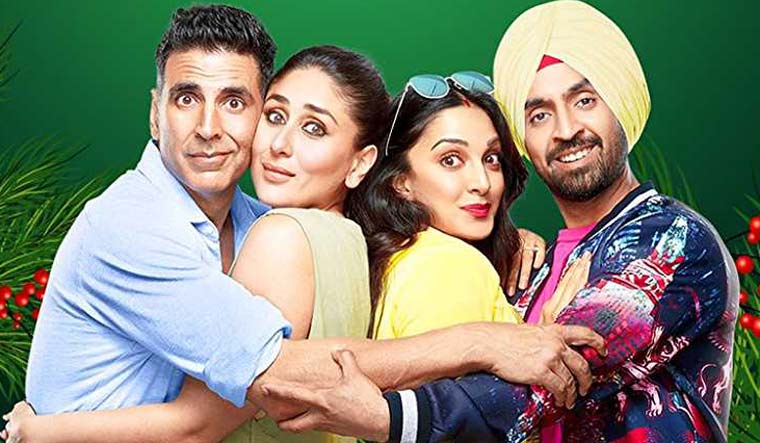 It is the the end of the year and what better way to bid goodbye to the year than some laughter. Even if things look bleak otherwise, there is Good Newwz, a dose of humour from Bollywood.

Good Newwz is a movie that is packaged well with songs and dance, superstars, a bit of melodrama, and the desperation to keep the genes alive for generations—an emotion that a large number of people, if not all, would find relatable. The result is, a sure shot mass entertainer.

The film begins in Mumbai. Varun (Akshay Kumar) and Deepti (Kareena Kapoor) Batra are living a comfortable life. They are at the top of their professional careers, plan a baby only after realising their career goals, and discuss sex, ovulation period and such things without inhibitions. That’s the good in Good Newwz. It doesn’t beat around the bush while discussing matters of sex, and the sanskaari scissors don’t come in between either. Nosey relatives and the social pressure that often afflict women prioritising career over motherhood is discussed well with a dash of humour.

But the couple have passed their prime and conceiving is not that easy. The way out is to go for an In-vitro fertilisation (IVF). Why not adopt? Because “apna khoon toh apna hi hota hai na” (This is just the beginning when the flaws in the writing start revealing itself). What follows is a major goof-up—there’s a mix-up in the sperms of two Batra families consulting the same doctor in Mumbai. The other is a younger couple – Honey (Diljit Dosanjh) and Monika (Kiara Advani) from Chandigarh.

Humour kicks in with the dissimilarities between the two sets of couples—the urban and the small-town—both privileged enough though. If the Mumbai Batras take pride in their elitism and make fun of their Chandigarh counterparts for their faulty pronunciations (sperm becomes spam and flush becomes flash), the Chandigarh Batras make a show of their money when they decide to shift to Mumbai in a blink and settle in the same posh building as their counterparts. Humour for rich people, is it?

Thank god, some truths are universal. Like the dilemma of men who don’t seem to understand the tribulations of pregnant women. Even if it hinges on being a little too histrionic, a scene between Deepti and Varun where she reprimands him for his callousness and insensitivity towards her pregnancy stands out.

What doesn’t impress, or rather, puts you off, however, are how the jokes borderlines on being crass and insensitive. At one point, Varun, after smoking up, laughs uncontrollably because a pregnant Monika farted. Later, he makes fun of a baby’s name. But then, with this, it also seems that the film is more a machinery to bring back the good old Akshay Kumar of the 2000’s when he was churning out comedies. However, the movie fails to have comedic moments that are situational and organically fit into the scenes. Instead, most of them are too made up to give Kumar a reason to shine. Kareena Kapoor does have her moments, while the over-the-top performances of Dosanjh and Advani are justifiable.

Writers Raj Mehta (also the director), Rishabh Sharma and Jyoti Kapoor have a premise that is strong enough to the bring the dilemmas of today’s couples and their struggles with parenthood to the fore, but the execution disappoints because the emphasis is still on conservative beliefs and ideas.