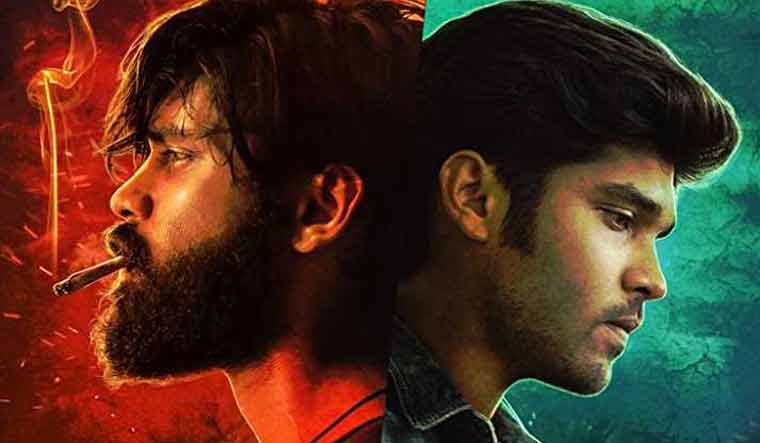 Adithya Varma, the Tamil remake of Telugu film Arjun Reddy, lives up to its demands. The movie, since its first look was released, had been under a lot of pressure due to various controversies. This directorial debut of Gireesaaya stars debutant Dhruv Vikram and Banitha Sandhu (of October fame).

Gireesaaya worked as co-director under Sandeep Vanga for Arjun Reddy, and has managed to capture the same essence of the original, when somehow its Hindi remake Kabir Singh could not (though the movie was directed by Vanga).

Dhruv (son of Chiyaan Vikram) who plays the protagonist, Adithya Varma, steals all the attention with his impeccable acting. Though Dhruv could not meet the benchmark set by Vijay Devarakonda in the Telugu version, he has exceeded all expectations as a debut actor. Dhruv has portrayed the emotionally volatile character of Adithya Varma with the ease of an ace professional. Banitha Sandhu who plays the female lead Meera Shetty has also done justice to her role. Unlike Shalini Pandey, the female lead in Arjun Reddy who stuck to her melancholic look through out the film, through the film, Banitha has captured the larger range of feelings and the emotional roller coaster which Meera undergoes after meeting Adithya.

Adithya Varma has also given more importance to friendships and family ties when compared with to the other two versions. And this makes the movie even more believable. The supporting cast which includes Priya Anand, Leela Samson, Bagavathi Perumal, Raja and more have also done their parts well.

To sum it up, one can describe Adithya Varma as more realistic than its Hindi version Kabir Singh, and maybe even the original version Arjun Reddy. But it gets tiring to watch a second remake of the same old complicated love story. If this movie succeeds, the credit should be given to the actors.