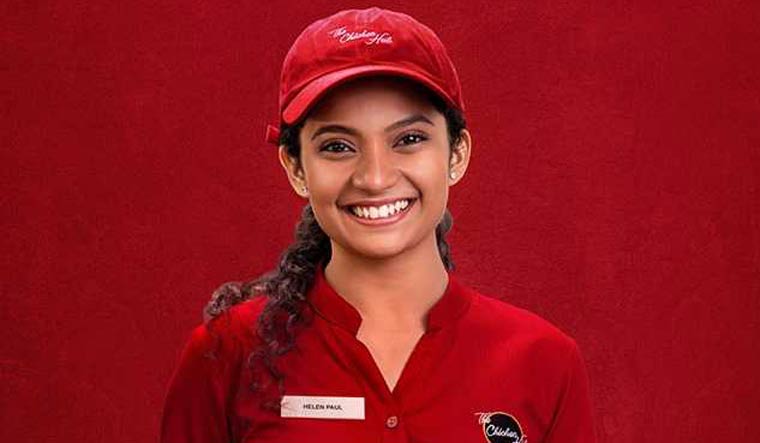 Everyone has their moments of carelessness, and some of these could turn out to be deadly. This is the thread on which Helen—helmed by debutante director Mathukutty Xavier—hinges.

Starring Anna Ben of Kumbalangi Nights as the titular character, the movie is about the a young girl who does part-time job at a restaurant and dreams of migrating to Canada. She wants to end the financial woes of her father Paul (Lal) with whom she shares a special bond as he has been playing the role of her father and mother ever since she lost her mother. Helen is witty and sufficiently shrewd.

Things go south after Helen and her boyfriend Azhar are caught by police who decide to play moral guardian and inform Paul about them. The relationship between the father and daughter gets strained; Paul finds it hard to talk to Helen and she avoids facing him, forcing her to spend more time at her workplace. This leads to an unfortunate incident and what follows makes for a gripping watch.

The film spends plenty of time to establish the special bond between the father-daughter duo. Lal and Ann Ben effortlessly slip into the shoes of Paul and Helen and their chemistry is endearing. While the first half of the film is about the relationship between the two, as the film progresses, it becomes about the desperate search of a father for his daughter. Nobel Babu Thomas, who has also co-written and co-produced the movie, overcomes the initial hiccups as a debutant actor and does justice to the role of Azhar.

Aju Varghese plays a cop, a departure from his usual, comical self. Another standout performance is by the man who played the old security guard at the mall where Helen works. Rony, who played Helen's boss, and Vineeth Srinivasan, who had a cameo appearance, excelled in their roles.

Mathukutty Xavier shows none of the misgivings of a newcomer as he crafts a chilling watch. Due credit should also go to the scripting department— Noble Babu Thomas, Mathukutty Xavier and Alfred Joseph—and the camera by Anend C. Chandran, especially when it comes to the confines of a fridge. Shaan Rahman's background score is befitting of a nail-biting thriller and the make-up by Ranjith Ambadi adds realism to the frames.