This is the worst film of the Terminator franchise 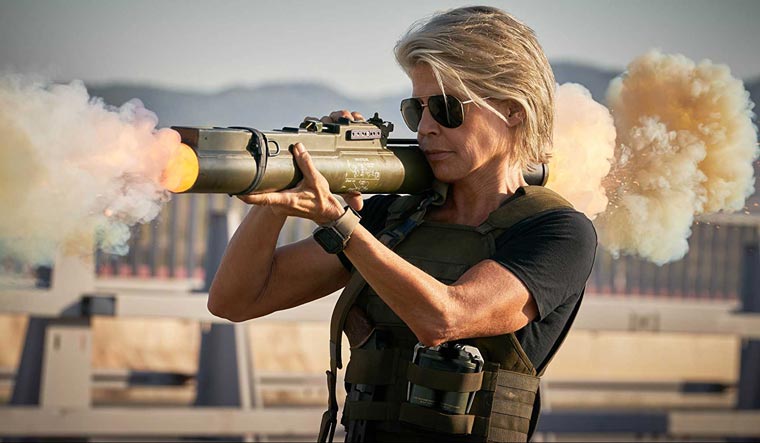 Few films are truly unwatchable. As close as Terminator: Dark Fate strays to the standard required of an ‘unwatchable’ film, you could still witness it under certain circumstances, such as when you are in that delicately immobile state of being neither awake nor asleep whilst comfortably-reclined in front of a television.

This is not a film worth watching in a theatre. True, for most of the young audience alive today, the first two Terminator films would have released years before they could watch them in theatres (1984 and 1991). If you watched them at all, it would have been on a television; on channels that run reruns of popular action films in the hours when audiences are looking for something—anything—that is entertaining enough to watch before sleep.

Terminator: Dark Fate makes that grade, but barely. But, in order you watch it, you should have some familiarity with the previous Terminator films, because this is not a reboot. According to James Cameron, who conceptualised the whole series and produced this particular film, T6 takes place three years after T2, following Sarah Connor’s successful destruction of an advanced, shape-shifting Terminator and, in theory, the destruction of knowledge that would have led to a robot-driven apocalypse.

While this is the sixth film in the Terminator franchise, Cameron pitches it as a successor to the second—with T3, T4 and T5 taking place in an ‘alternate’ timeline. He goes so far as to say that those films took place in a ‘bad dream’.

In this universe, Sarah does not seem to have stopped Terminators from coming back in time, however, despite her attempts to change the future. The future, more or less, is still the same post-apocalyptic nightmare—but this time, it’s Legion instead of Skynet, and an unnamed human militia instead of ‘the Resistance’.

This sets the film up for the basic plot common to all Terminator films (it’s almost like they all share the same bad dream).

A Terminator (a REV-9 model) has come back in time to murder Daniella Ramos (played by Natalia Reyes). To protect Daniella, the future human Resistance sends back a cybernetically-enhanced soldier named Grace (played by Mackenzie Davis), who, along with Sarah Connor (a role Linda Hamilton retains after 35 years), tries to protect humankind’s future prodigy from robotkind’s futuristic killing-machine.

It is worth noting here that the Terminator franchise is essentially a series of failed assassination attempts. But, despite the robots in the future being highly effective at nearly-eradicating mankind, the ones that travel to the past never end up achieving their objective of killing one particular human.

The sixth in the franchise attempts to fix this curious inability of AI-driven assassins by having the Terminator (the Schwarzenegger T-800 model) successfully kill an infant John Connor in front of his mother’s eyes. This turns Sarah Connor into a deeply-pained, world-weary, and hate-fuelled Terminator-hunter.

Her anger is understandable, of course, given that she lost her only child. But, there is still something unwatchable about her performance. Bad writing is mostly to blame. There is no right way to say, “I saved three billion lives... You're welcome” or "I hunt Terminators and I drink until I black out" without coming across as insufferable.

The film's characters struggle to have convincing conversations—almost as if they have been told to "talk to the hand". When Daniella tries to mourn the death of a family member, Connor takes it as an opportunity to make a philosophical point about goodbyes. When Connor aims a gun at the ‘good’ Terminator, seeing him for the first time since he killed her son many years ago, Arnold’s avatar says, “I can see you are upset.”

This flavour of bad writing is what leads Grace and Connor have the worst conversation ever in a Terminator film.

Connor tries to ask Grace what she’s running from, at first asking about Skynet and then, rephrasing it to ask about a deadly AI trying to wipe out the human race. Grace responds with a blank expression. Do you work for the Resistance, Connor asks. Grace is blank, almost clueless.

Perhaps, the future is not about evil robots and humans trying to fight them.

But, when Grace does eventually explain where she is coming is, it is to say that she comes from a future where an AI is trying to wipe out the human race, and where she is part of a human militia that has risen up against the machines. The only thing different between her future and the one Connor prevented is the Skynet is now the Legion, and the Resistance is now a resistance (with no capital R, presumably). 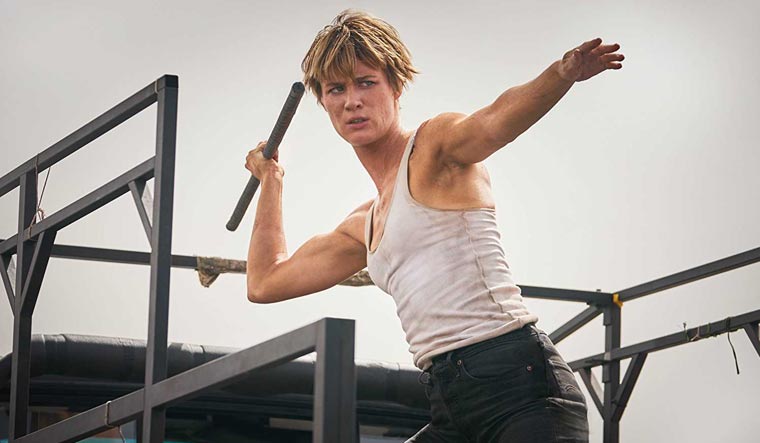 Mackenzie Davis as Grace, an augmented human sent back in time to protect Daniella | IMDB

None of the action in the film feels original. The 'evil' Terminator this time round, Rev-9, is pretty much the same as the evil Terminator in T2 and T3. Like the T-1000, it can shapeshift and take human form. Not much else in way of an upgrade, besides his somewhat wonky ability to briefly clone himself.

Ultimately, no truly memorable action sequences emerge from Terminator: Dark Fate. Much like the unconvincing manner with which Connor fires a rocket launcher, this film fails to make its action, well, action. Grace is close to being a saving grace, performing well as an augmented action hero, but even so, her abilities and talents are under-utilised by the plot.

Despite having directed Deadpool, Tim Miller proves unable to make this thriller thrilling. This one is worth skipping unless you absolutely, positively, cannot move from the couch, turn off the TV, and go to bed.