'The Lion King' review: Picture-perfect reboot, but with its soul missing

The entire film looks more like a nature documentary 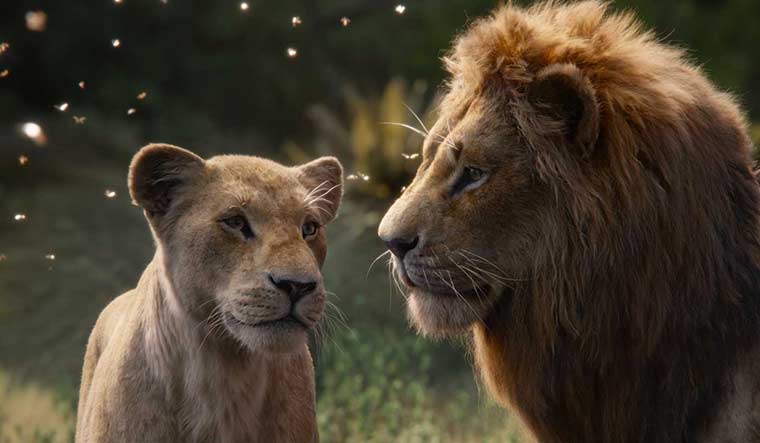 25 years after the original, director Jon Favreau and the Disney machine bring to you, a live-action film that literally nobody asked for—The Lion King.

There comes a time in every cinema-goer’s life when he or she wonders: ‘How many live-action reboots are too many live-action reboots?’ To them, Disney would like to say: ‘Yes.’ The story is familiar to fans of the original—Simba loses his father to uncle Scar’s scheming ways, runs away to a life of 'hakuna matata' with a warthog and a meerkat, and returns to save his pride (in every way) after remembering who he was.

JD Mcrary and Shahadi Wright-Joseph voice young Simba and Nala with the same innocent vitality as their predecessors did more than 25 years ago. Donald Glover, too, does a great job of lending an implicit insecurity and hesitation to the older Simba as he navigates the journey to accept his place in the Circle of Life. Jeremy Irons did a marvellous job voicing the original Scar, being sardonically witty while at the same time being completely done with the idiots around him. In this version, Chiwetel Ejiofor turns that into a darker, broody version of Scar obsessed only with revenge and self pity, one who is less relatable.

When criticising Beyoncé, one tends to approach the task with a certain sense of trepidation. After all, the Beyhive is always watching. However, it must be said that it is difficult to determine what her purpose in the movie was. Beyoncé as Nala is disappointing, and it seems clear that she was drawn in purely for the star power. That, and probably impressing the casting director’s teenage children. Similar statements can be made of John Oliver as Zazu. Yes, Rowan Atkinson has left huge shoes to fill, but the photo-realistic hornbill Zazu seems inseparable from the real-life comedian in Oliver’s portrayal. That being said, Billy Eichner as Timon steals the show without a question. He brings his own sassy, narcissistic spin to the character, while Seth Rogen complements him perfectly as Pumbaa. Finally, veteran James Earl Jones as the commanding voice of Lion King is always a delight to hear. 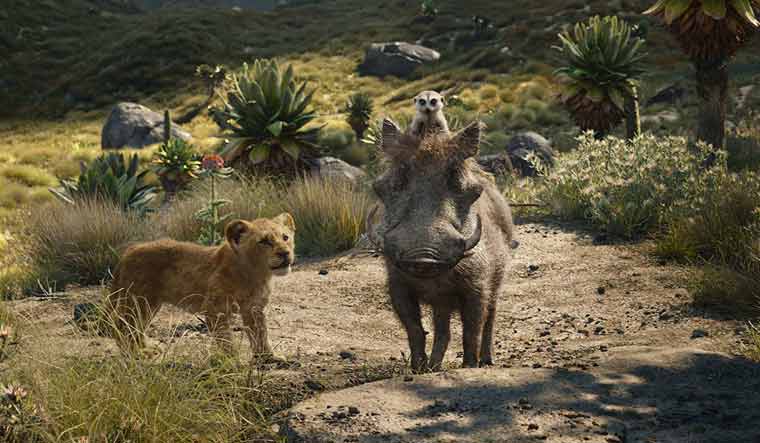 The music from the original is as iconic as the movie itself, if not more. In that regard, the 2019 version left the score mostly untouched, save for two new songs that leave little impact. Needless to say, the ‘Circle of Life’ still moves us all, which is more than can be said of Scar’s deliciously malice-filled ‘Be Prepared’, which has been cut in half and reduced to a lot of shouting.

There is much more to say but any review of this film will not be complete without mention of the indescribable work Disney has done with the animation. Every blade of grass, every flutter of a beetle’s wings has been so carefully rendered that the entire film looks more like a nature documentary.

However, this level of photorealistic excellence has its drawbacks. The beauty of the original hand-drawn film was that it had several feet planted firmly in magic and fantasy. As a consequence, the more real the characters look, the harder it is to immerse oneself in the experience of the film. The animal tower from the original Just Can’t Wait To Be King, the Rafiki’s YEOW! as he whacks a hyena with his staff, Timon and Pumbaa doing the hula—all are cut out to make room for realism. With this film, one suddenly begins to wonder how such a huge horde of animals would come together to celebrate the birth of a king that would eventually eat them, or how Simba restrained his natural instincts during his years living with a plump warthog. One has to try harder to decipher the inscrutable expressions of realistic animals. One begins to think of logic.

Therein lies the problem with this film. It is a cinematic masterpiece, full of all the fixings to the point where it almost feels like when the movie deities weave their magic, they crammed it with everything money can buy except the one thing that endeared the original Lion King to its audiences—a soul.