Revisit iconic moments from The Lion King, before live-action reboot 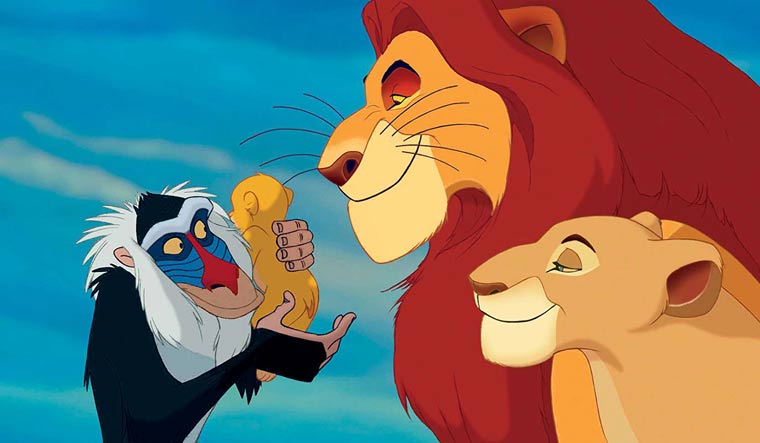 Disney's much-anticipated live action remake of the all-time favourite The Lion King, releases Friday. The original animated classic of 1994 has too much of nostalgia connected to it, setting expectations higher for Jon Favreau's retelling. For a larger part of the audience who grew up on the story of Mufasa, his son Simba, the cruel uncle Scar—all set in the visually spectacular African grassland— The Lion King is one that resonates with their own childhood.

What lingered on about the story was some of the profound life lessons it passed on, introducing children to life, love, death, loss, anger and victory at an early age. The movie also pushes one to look into one's self and reconnect with strengths and weaknesses. All said, memories of this iconic classic are defined by a few key scenes and dialogues that played out on the screen in the animated version. Here's revisiting some of those before the live-action remake hits the screens on Friday.