'Avengers: Endgame' review: Just what we wanted it to be

The film is an ode to the journey thus far and a reward for us, the journeymen 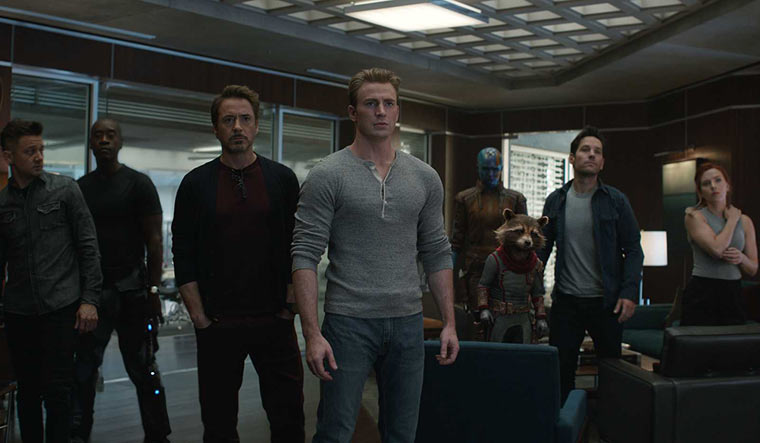 This review does not contain spoilers, but expect certain plot points to be discussed.

For Avengers: Endgame, its greatest enemy is the expectations that come with it. You and I are racing to cinemas near us not only because of how big this Marvel Cinematic Universe has become, but also because it is killing us to know what awaits us in this epic conclusion to the Infinity Stones saga. The movie is a winner in every way except one—the expectation versus reality battle.

Not that the reality is one bit disappointing. To have 20-plus Hollywood A-listers connected to this project and still maintain the secrecy of the plot is an incredible feat for Marvel Studios. And, once you are done watching it, you feel just about content. But, never have so many fan theories been churned out for just one movie to make you want it to be the greatest film ever made. And that put the onus on the studio. It may not the greatest superhero film ever. But they make your wait worth it.

The mystery of the plot makes it all the more difficult to articulate the pros and cons of a plot that cannot be discussed. If Infinity War left you at the edge of your seat with astonishment, Endgame will satiate your appetite for excitement. Because when you are done with it, you can put down your fork and knife, sit back and enjoy that warm feeling that comes with a good heavy meal. Don't expect any dessert though. Endgame is the first MCU film without a credits scene.

It is worth looking back and seeing how far this series of films has come and how attached we've grown to it. Not since The Dark Knight Rises has there been this much emotion in a sequel. If TDKR was a disappointment for many, Endgame is a grand mess. But a rather decently managed one. Because when half the universe has been wiped out and you have the remaining heroes trying to undo the damage, it would obviously involve some form of meddling with past events. (Trust me, this isn't a spoiler.)

Time travel, as Back to the Future and a host of other pop culture material will teach you, is a very messy thing. Yet, it seems convincing enough in Endgame. For now. Give the geeks enough time to dissect the movie, and the plot holes and inconsistencies will certainly botch this mammoth effort. Thankfully, they joke about it enough in the movie to mirror your thoughts about how preposterous it sounds. (Relax, they didn't mess with the timeline at all. The Russo brothers know better than to attempt an X-Men: Days of Future Past.)

The trailer was all about the emotion of loss and vengeance. Although those are addressed in the beginning, the team cuts straight to the chase. They have to avenge (read bring back) the fallen at all costs. Some want to do it, some don't (because they like their new life better), but such is the loss suffered that it cannot be ignored.

Although the run time is 182 minutes, it zips through events and there is barely a dull moment. It gives the characters enough time to indulge in crucial moments along the way. It has rich doses of humour, thrills, action, euphoric moments, incredible background score and almost everything that you would associate with a Marvel movie.

One area where it does not match up to Infinity War is the treatment given to characters. Barring a few key ones, the others are given precious little screen time and thought, and we know very little of what arc their stories would be expected to take. Their stories converged with these two movies, and their fate will be determined in their respective individual parallel tales, but one cannot help but feel that the movie perhaps has a weak spot there. Because MCU films have always been about the characters they made.

For a task as complicated as this, the team once again relies heavily on the brains of Tony Stark and Bruce Banner. Someone as insignificant as Nebula is given a meaty role in the team's search for Thanos and in the larger scheme of things, while Carol Danvers aka Captain Marvel is just meh. The best lines in the movie? Rocket Racoon, obviously.

There are certain things one would be wary of, ahead of the movie. A few are addressed, a few aren't. For instance, if you are one of those hoping for an explanation as to why the original Avengers weren't wiped out at the end of Infinity War, don't bother yourself. It was just for dramatic effect, is all. If you are expecting the stones and its different functions or the undoing of the snap to complicate things, fret not. They have been dealt with well.

Does Endgame work as an independent movie? It might, but you will be robbed of the joy that comes with all the references to past incidents and the sight of a myriad characters make noteworthy cameos. It can be a tad too fast for the uninitiated, but it is a superhero movie that matches the standard that it has set for itself. The MCU has changed how superhero movies are made and consumed, and that is probably for the best.

As you would have probably heard by now, Endgame is supposed to be the culmination or the end of the Avengers saga. It probably isn't. They've tied up some loose ends, let characters go and have left room for some sort of narrative to continue. One thing they probably could not avoid is the cheesiness that comes with closing a chapter—though even that comes in the right measure. The marathon has tear-jerking moments aplenty because that is how much they mean to us now.

A decade of heroes we've loved, stories we've immersed ourselves in and the connective tissue that kept it all engrossing gets its fitting finish. Where to, now? Nobody knows. But in this grand canvas that keeps expanding and keeps us entertained, Endgame is a massive milestone. It is not the best MCU movie. But it does make us grateful for all we've witnessed. And we are satisfied that even if this long saga has its limits, it is worth staying till this destination. Because part of the journey is the end.