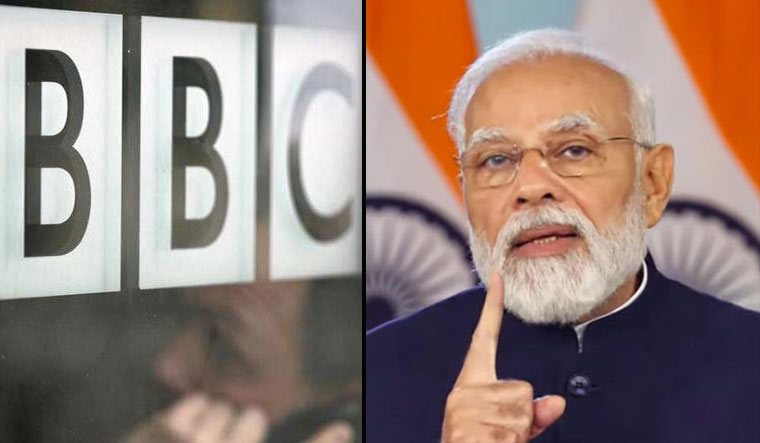 The US State Department spokesperson has responded to the controversial BBC documentary on Prime Minister Narendra Modi, stating that he was not "familiar with the documentary but was very familiar with the shared values that enact the US and India as two thriving and vibrant democracies."

US State Department spokesperson Ned Price was responding to a media query on the BBC documentary on Monday when he stressed the partnership between the two countries.

"I’m not familiar with the documentary you’re referring to. I am very familiar with the shared values that enact the United States and India as two thriving, vibrant democracies. When we have concerns about actions that are taken in India, we’ve voiced those we’ve had an occasion to do that," Price said.

Price called India’s democracy a vibrant one. "We look to everything that ties us together, and we look to reinforce all of those elements that tie us together," he said.

He also highlighted the numerous elements that bolster the US' global strategic partnership with India. "I’m not aware of this documentary that you point to, but I will say broadly, is that there are a number of elements that undergird the global strategic partnership that we have with our Indian partners. There are close political ties, there are economic ties, there are exceptionally deep people-to-people ties between the United States and India. But one of those additional elements are the values that we share the values that are common to American democracy and to Indian democracy," he added.

"The UK government’s position on this has been clear and longstanding and hasn’t changed, of course, we don’t tolerate persecution where it appears anywhere but I am not sure I agree at all with the characterisation that the honourable gentleman has put forward to," Sunak responded to a question on the BBC report.

Despite the government ban, a group of students from Hyderabad Central University (HCU) organised the screening of the documentary inside the campus on Monday. The screening was organised by the Students Islamic Organisation and Muslim Students Federation and over 50 students attended the screening, according to the ANI.

However, a formal complaint is yet to be filed against the screening.

Meanwhile, a poster appeared in the Jawaharlal Nehru University (JNU), announcing the screening of the documentary, following which the university authorities issued a warning to cancel the event or face "strict disciplinary action".

The JNU in an advisory issued Monday said the union has not taken its permission for the event and it should be cancelled as it could "disturb peace and harmony".