Excerpt titled 'A Sackful of Seeds' published in The New Yorker 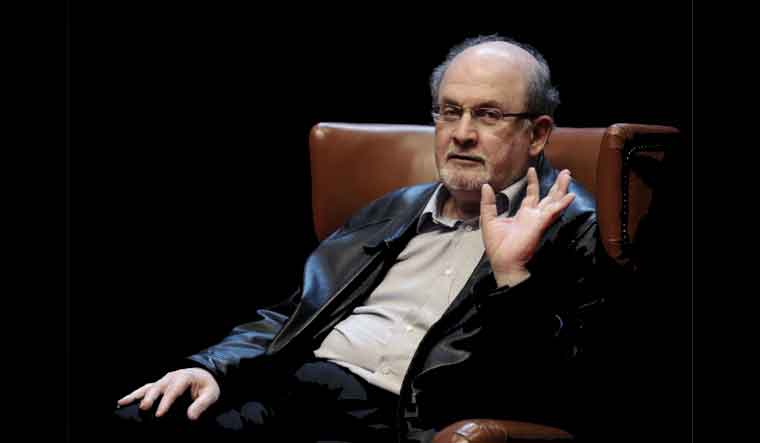 Four months after being severely injured in a brutal stabbing attack in New York, author Salman Rushdie has released an excerpt from his new novel. Rushdie took to social media link to The New Yorker magazine where the excerpt titled 'A Sackful of Seeds' has been published.

Rushdie's novel titled Victory City is due to be published in early February by Penguin Random House. The publisher has described the book as “the epic tale of a woman who breathes a fantastical empire into existence, only to be consumed by it over the centuries”.

In the wake of an unimportant battle between two long-forgotten kingdoms in fourteenth-century southern India, a nine-year-old girl has a divine encounter that will change the course of history, reads the publisher's description of Victory City.

This is the first time since the August 11 stabbing incident that Rushdie posted something on social media.

The controversial author who faced death threats for years after writing The Satanic Verses, was stabbed and suffered multiple wounds to the neck and after a man stormed the stage as he was about to deliver a lecture at the Chautauqua Institution in New York. The assailant, identified as 24-year-old Hadi Matar was charged with attempted murder and assault.

Rushdie was airlifted immediately and underwent surgery but he lost his vision in one eye and the use of one hand. The incident sent shockwaves across the literary world which condemned it as an attack on freedom of expression.