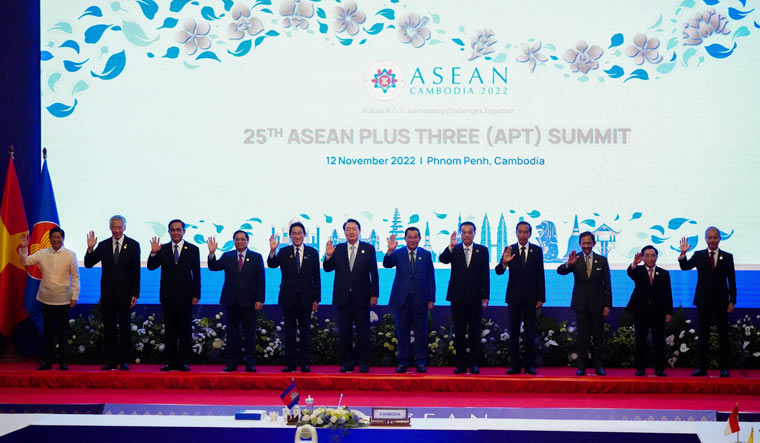 A bilateral meeting on various topics including the Indo-Pacific Economic Framework announced this year and security partnership efforts will be held with Cambodian Prime Minister Hun Sen.

"He's coming into this set of summits with that record of accomplishment and purpose behind him, and he wants to be able to use the next 36 hours to build on that foundation to take American engagement forward, and also to deliver a series of concrete, practical initiatives," Biden's national security adviser Jake Sullivan was quoted by CNN.

Russian Foreign Minister Sergei Lavrov will also attend the meetings. The Russia-Ukraine invasion is likely to be discussed at the summit. According to reports, the Ukraine representative held direct talks with leaders of the ASEAN countries for condemning Russia's invasion of Ukraine in the meeting.

A Series of regional summits including discussions on climate and tensions over the South China Sea will be held next week at the G20 leaders meet to be held in Bali. After that, Asia-Pacific Economic Cooperation (APEC) forum will take place in Bangkok.