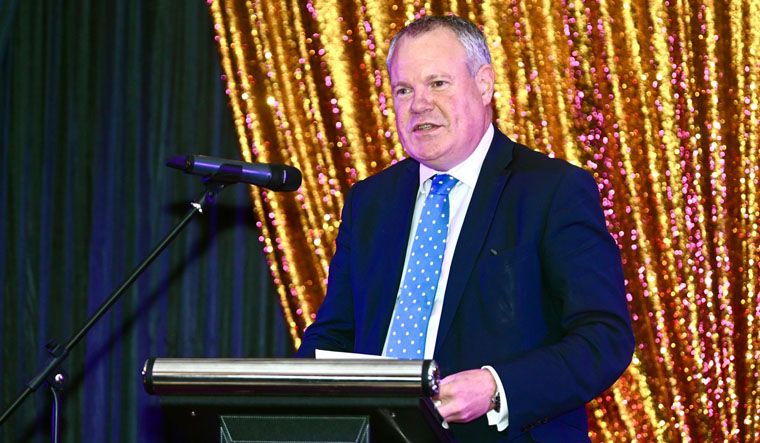 British trade minister was fired by Prime Minister Liz Truss and suspended by the Conservative Party on Friday over allegations of misconduct.

The government said Truss had asked Conor Burns to leave the government with immediate effect after a complaint of serious misconduct.

“The prime minister took direct action on being informed of this allegation and is clear that all ministers should maintain the high standards of behaviour as the public rightly expects,” the prime minister's office said.

The Conservative whips' office said Burns had been suspended from the party's group in Parliament pending an investigation into allegations of inappropriate behaviour earlier this week. He remains a lawmaker but will sit as an independent.

British media reported that the alleged misconduct took place at the Conservatives' annual conference in the central England city of Birmingham.

Burns is a long-time ally of former Prime Minister Boris Johnson, who was forced to step down in July.

Johnson endured a series of scandals about money matters and illegal government parties during coronavirus lockdowns, but was finally toppled after appointing to a senior government post a lawmaker accused of sexual misconduct.

Burns, 50, served as a Northern Ireland minister in Johnson's government and was made a trade minister when Truss took office last month.