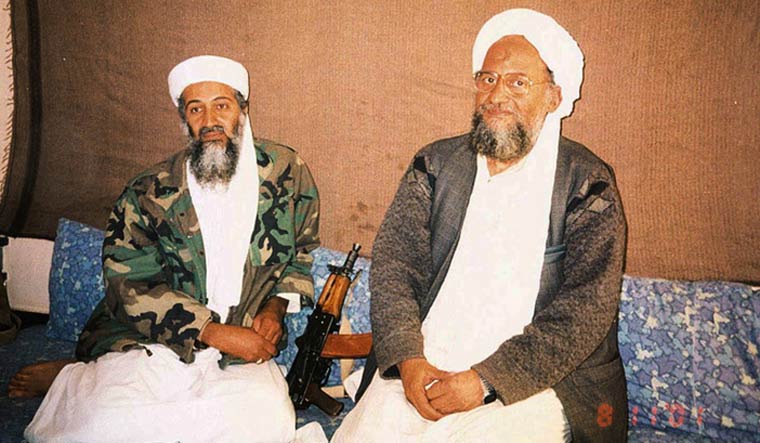 It has been over a year since the US troops withdrew from Afghanistan. US President Joe Biden's ratings nationally are at an all-time low of 38 per cent. Ayman al-Zawahiri, at 71, heads the Al Qaeda, which is only a ghost of its former self. The global terror outfit, plagued by financial crisis, a non-dynamic leadership and other internal issues, has ceded ground to Islamic State (IS) and other regional terror groups. So what is the significance of the killing of Zawahiri by a drone attack in Kabul? And just what will be its repercussions?

From the American viewpoint, Zawahiri's killing is a clear message to the world that withdrawal of boots from Afghan soil does not mean that its fight against terror has ended, and that it can, and will, continue to hunt the leaders of terror outfits and eliminate them, irrespective of where they have found safe havens.

Will this boost America's global image, which has taken a beating after the withdrawal of troops from Afghanistan, and the limited influence it had on the Ukraine -Russia conflict. Perhaps it could, but only to some extent. Killing a semi-retired leader of a weakened outfit may be fine when the motive is to batter the organisation and leadership which launched the deadly 9/11 terror attacks on US soil 21 years ago. But it will certainly not make the US look like a superhero. Personally, too, Biden might just be able to raise his ratings only a notch or two. There are too many internal issues within the country for the electorate to be distracted by the killing of an old man whose name anyway did not have the macabre recall of his predecessor, Osama bin Laden.

The killing, however, confirms that Taliban territory is a safe haven for terror outfits. This was the biggest concern for India when the regime changed in Kabul, and that concern remains alive and palpable. Taliban itself confirmed the kill ( Zawahiri has reportedly been killed several times in several places in the past, too). The United Nations earlier said Al Qaeda leadership is an advisory body to the ruling Taliban in Kabul. Taliban is seeking international recognition as the legitimate ruler of Afghanistan. No country has officially recognised Taliban as the natural successor of the previous regime, but many, including India, have made attempts to have various levels of engagement with the leadership in Kabul, for different purposes. The ostensible one is to reach out in aid to the Afghans, who have been further impoverished by war. The other, more significant, reason is to ensure that the Taliban does not help de-stabilise the region, or allow its land to be used to launch terror attacks on other countries.

Zabiullah Mujahid, Taliban's official spokesperson, tweeted that the "Islamic Emirates of Afghanistan strongly condemns this attack (on Zawahiri) on any cause and calls it a clear violation of international principles and the Doha Agreement. Such actions are a repetition of the failed experiences of the past years and are against the interests of the USA, Afghanistan and the region. Repeating such actions will damage the existing opportunities." This threat itself seems rather weak, given that Taliban is the one seeking opportunities. However, no country wins brownie points with a nation into which it launches an attack without its knowledge. There are murmurs that the Taliban may have tacitly helped the US in this attack, but that is certainly not the official statement from either side.

Zawahiri was no friend of India. The country has been on his radar since years, and even recently, despite the weakened state of Al Qaeda, he had targetted India in his speeches. He incited Kashmiri “mujahideen'' to inflict unrelenting blows on the Indian Army. Zawahiri had also praised Muskan Khan in Karnataka for daring to wear a hijab and face the hecklers. He had called India a pagan democracy. The militant leader had also set up a focused outfit, Al Qaeda in the Indian Subcontinent (AQIS) in 2014—it had suffered a blow when its leader, India-born Asim Omar was killed in 2019. AQIS, however, exists and remains a security threat, keeping security agencies on their toes. Recently, AQIS threatened suicide attacks across India after a controversy erupted over suspended BJP leader Nupur Sharma's comments prophet Muhammad.

Zawahiri will be replaced, most likely by Saif al-Adel, another Egypt-born terrorist. This can only be bad news for the world, because Adl is supposed to have a personality that can woo many more into the fold.

India, like the other countries, cannot afford to let its guard down. New Delhi will have to engage very carefully with the Taliban in Afghanistan. With proof that it is harbouring terrorists, it will be more difficult to advance diplomatic relations, even though India cannot afford to have a hostile Taliban. In all likelihood, other terror outfits, many of whose guns and bombs are primarily aimed at India, might be residing in Afghanistan.