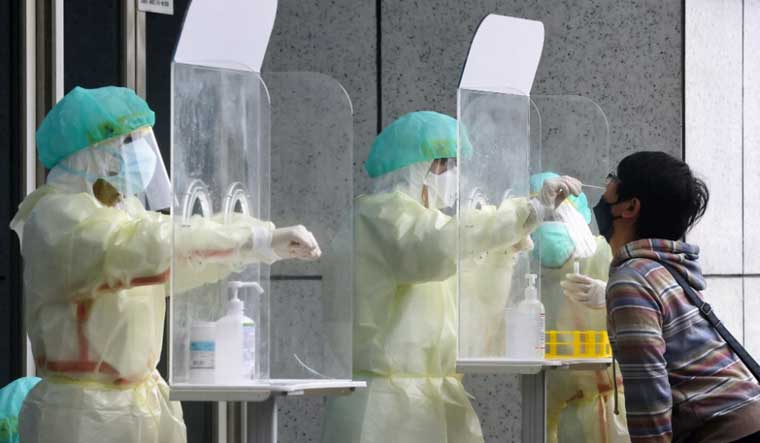 A person gets a Covid-19 test in Taipei, Taiwan | Reuters

As the World Health Assembly (WHA) progresses, authorities belonging to the Taiwan’s Democratic Progressive Party (DPP) are hyping up so-called “Taiwan joining the World Health Organisation (WHO)”, once again, under the pretext of the pandemic. Their real intention is to seek “Taiwan's independence” and expand its “international space” with the help of some western countries. Such attempts are doomed to fail.

The Taiwan question concerns China’s core interests, and is the red line that cannot be challenged. There is only one China in the world. The government of the People's Republic of China is the sole legal government representing the whole of China. These facts are recognised by the UN resolution and constitute the universal consensus of the international community. The future of Taiwan lies in China's national reunification. Any attempts to create the so-called "Taiwan's independence", "two Chinas" or "one China, one Taiwan" will lead nowhere and are doomed to fail.

I advise the DPP authorities to stop exploiting the pandemic to engage in political manipulation.

Wang Xiaojian is the press counsellor and spokesperson of the Chinese Embassy in India. His article is in response to the article by Baushuan Ger, Representative, Taipei Economic and Cultural Centre in India, that THE WEEK had published.