BLA has previously accused China of collaborating with the Pakistani military 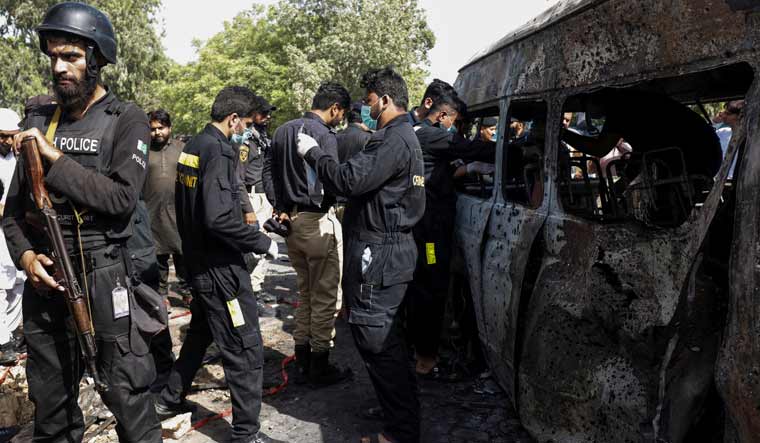 The Chinese government on Tuesday night condemned the suicide bomb attack near a Confucius Institute at the University of Karachi. Three Chinese citizens and a Pakistani were killed in the attack.

The Baloch Liberation Army, which opposes Pakistani rule in Balochistan, claimed responsibility for the attack. The group claimed the attack was carried out by its Majeed Brigade.

The Chinese Foreign Ministry declared “The blood of the Chinese people should not be shed in vain and those behind this incident will pay the price.”

The BLA has previously accused China of collaborating with the Pakistani military. The group had opposed the China-Pakistan Economic Corridor. Key projects and transport routes of CPEC, such as the Gwadar port, lie in or pass through Balochistan.

Hu Xijin tweeted on Tuesday “The Baloch Liberation Army (BLA) claimed responsibility for the attack. The BLA will definitely be more resolutely annihilated. I support Chinese military to launch direct air strikes against this terrorist organization's camp after getting approval of the Pakistani government.”

The BLA released a video after it attacked Chinese tourists at the Pearl Continental Hotel in Gwadar in 2019. In the BLA video, a masked man claimed the Majeed Brigade “has been formed particularly to attack Chinese officials and establishments” and warned Chinese President Xi Jinping to quit Balochistan, Newsweek reported.

Global Times on Tuesday sought to point fingers at India over the Karachi attack.

Global Times reported “BLA, especially the Majeed Brigade, has close contact with India but it is hard to judge whether these are official [or] not. But without Indian travel permits, the Majeed Brigade head's visits to India would not be possible.”