‘Women were raped and killed in front of their children’ 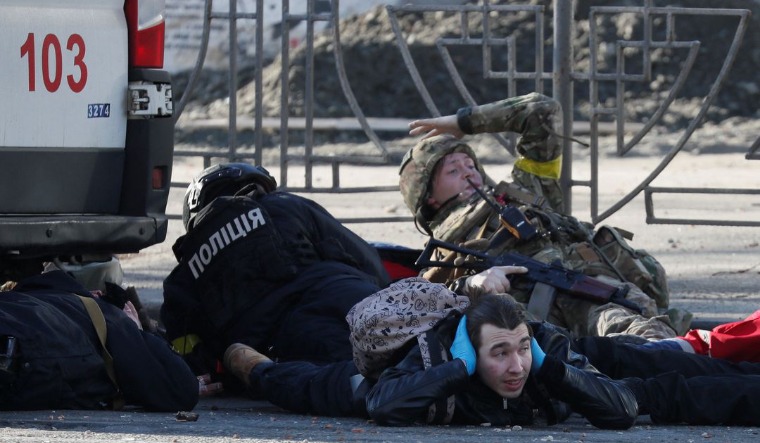 Ukraine President Volodymyr Zelenskyy, in an impassioned speech to the UN, detailed the atrocities committed by the Russian troops. Zelenskyy’s speech came a day after he visited Bucha, where he saw bodies of civilians in the streets. Zelenskyy alleged that the troops were indiscriminately killing people ‘just for their pleasure’. He equated these crimes to those of a terror group.

He added that the UN should remove Russia or dissolve itself. Female soldiers were tortured—they were made to strip, squat, and have their hair cut in front of men, a CNN report reads. "Ladies and gentlemen, I would like to remind you of Article 1, Chapter 1 of the UN Charter. What is the purpose of our organization? Its purpose is to maintain and make sure that peace is adhered to. And now the UN charter is violated literally starting with Article 1. And so what is the point of all other Articles?" he asked.

As of April 4, since Russia invaded Ukraine, at least1,480 civilians have been killed and at least 2,195 have been injured, according to the UN. "Some of them were shot on the streets. Others were thrown into wells, so they died there suffering. They were killed in their apartments, and houses, blown up by grenades. Civilians were crushed by tanks while sitting in their cars in the middle of the road, just for their pleasure." “ Women were raped and killed in front of their children.”

Separately, the Office of the United Nations High Commissioner for Human Rights (ONHCHR)  spokesperson Liz Throssell said very disturbing images were emerging from the region of Bucha and other areas—of people with their hands tied behind their back and of partially naked women whose bodies have been burnt. She said this was indicative that civilians were directly targeted.

Russia has repeatedly denied the alleged atrocities. The Russian ambassador to the UN Vassily Nebenzia, said, "We place on your conscience the ungrounded accusations against the Russian military, which are not confirmed by any eyewitnesses. "