Justice Umar Ata Bandial to be next Chief Justice of Pakistan 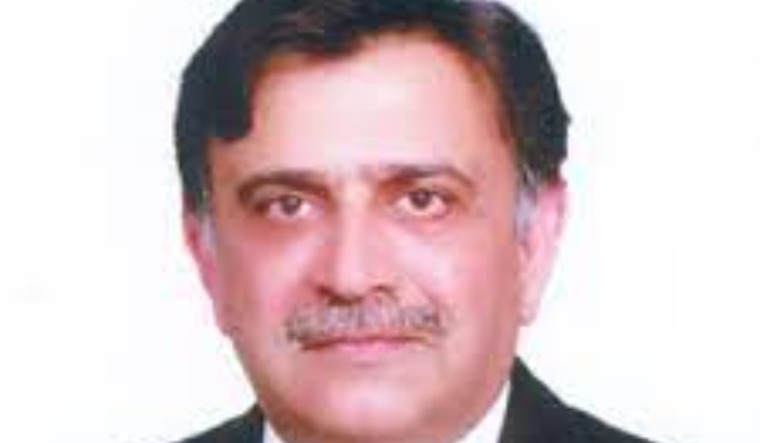 Justice Umar Ata Bandial, one of the judges who declined to retake their oaths in 2007 when former Pakistani military ruler Gen. Pervez Musharraf proclaimed a state of emergency in the country, will be the new Chief Justice of Pakistan.

Pakistan President Arif Alvi on Monday formally appointed Justice Bandial, the senior most judge of the Supreme Court, as the next Chief Justice of the country.

Justice Bandial, 63, will assume responsibilities on February 2, 2022 after the retirement of incumbent Gulzar Ahmed, who was appointed as Chief Justice on December 21, 2019.

“In exercise of the powers conferred by Article 175(3) read with Article 177 of the Constitution, the president of the Islamic Republic of Pakistan is pleased to appoint Mr Justice Umar Ata Bandial, the most senior judge of the Supreme Court, as chief justice of Pakistan with effect from February 2, 2022,” according to an official notification issued on Monday.

Justice Bandial will serve in the top judicial office until September 16, 2023 when he would retire on superannuation.

He was one of the judges who declined to retake their oaths under the Provisional Constitution Order (PCO) of November 2007, when Gen. Musharraf proclaimed a state of emergency on November 3, 2007.

He was restored as a judge of the Lahore High Court following an unprecedented movement by the lawyers and the civil society for the revival of the judiciary and constitutional rule in Pakistan.

When elevated to the office of CJP, Justice Bandial will face a veritable mountain of around 51,766 cases that are pending before the Supreme Court alone. The overall backlog of cases in Pakistan’s judiciary, including the superior courts as well as district courts, stands at a whopping 2.1 million, according to a report in the Dawn newspaper.