US: Dr Fauci is the highest-paid Federal employee 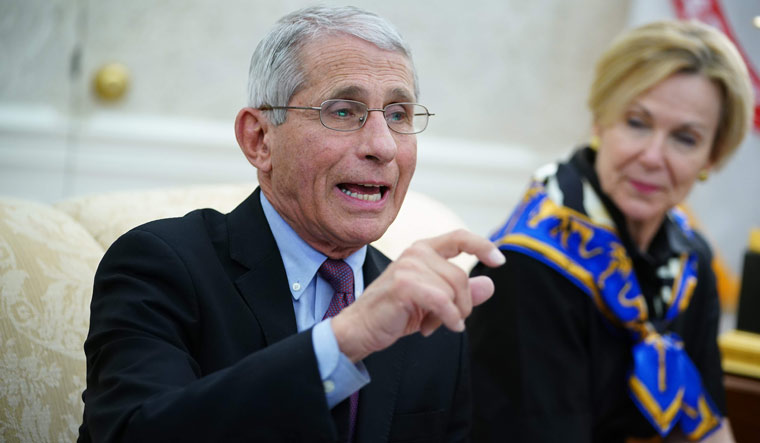 At Tuesday's hearing of the Senate Committee on Health, Education, Labour and Pensions, top medical advisor to the president Dr Anthony Fauci called Senator Roger Marshall a 'moron'. This was after the latter asked whether Fauci's financial disclosure was publicly available.

“As the highest-paid employee in the entire federal government, would you be willing to submit to Congress and the public a financial disclosure that includes your past and current investments?” Marshall asked. “After all, your colleague (Centers for Disease Control and Prevention Director Rochelle) Walensky and every member of Congress submits a financial disclosure that includes their investments.”

To this Fauci responded, “All you have to do is ask for it.” “You’re so misinformed, it’s extraordinary.”

So how much does Dr Fauci, the highest-paid Federal employee make? Forbes, in January 2021 had reported that Dr Fauci made $417,608 in 2019. If Senator Marshall is to be believed, Fauci currently makes $434,000 a year. He is reportedly paid more than the President of the United States. The President takes home a yearly salary of $400,000, Forbes reported. Fauci also oversees a multibillion-dollar budget for federal research grants that he oversees as director of the National Institute of Allergy and Infectious Diseases, a Politico report reads. Fauci's pay in 2014 was $335,000.

It was Fauci, who convinced then-president Trump, in March 2020 to impose a 15-day lockdown to curb the spread of the virus and subsequently to extend the lockdown. Speaker Nancy Pelosi's salary as of 2019 was at $223,500 and Vice President Mike Pence's salary was $235,100.